Movie buffs and fans all over the world have different ways to show their love of movies.  Some collect memorabilia (that’s me), stacking mound upon mound of figures and collectibles all over their walls, and others show their support in more subtle ways.  However, there are those fans out there who like to demonstrate their love in a more permanent way: tattoos.  If you’re similarly inclined you might want to take a gander at some of these tattoos, which are some of the best examples of artwork I’ve ever seen put on a person’s body.

The arms don’t look nearly as good as this dude’s chest does, but more than anything it’s the creative idea behind this tattoo that stands above the rest. Sure we’ve seen Spider-Man tattoos before, but a mere symbol just doesn’t look as cool as a suit bursting out of you. 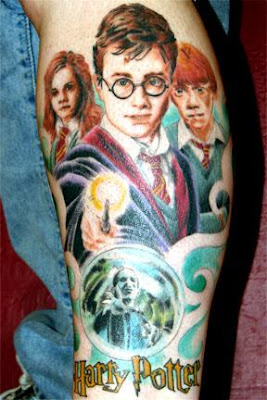 About the only complaint I have with this one is the placement.  When it comes to tattoos location is key.  The artwork is great and it’s an interesting design, but it loses some luster when the faces appear warped because they wrap around the arm. I was actually very surprised to find a Clock Work Orange tattoo, let alone one that looks so good. Taking from the poster’s design this blends in seamlessly and at first I thought it was the poster, until I looked a little closer.

I guess The Nightmare Before Christmas is trendy in the ink world, because I found a ridiculous amount of these. The problem is just about all of them suck.  This one stood out mostly for the detail and artwork.  Seriously google those kinds of tattoos and you’ll see what I mean.

Okay, I kind of cheated on this one, it’s a Lord of the Rings tattoo but it’s more associated with the books, as it’s elvish writing in a circular pattern.  Still, it’s hard to ignore that this is one awesome looking design. 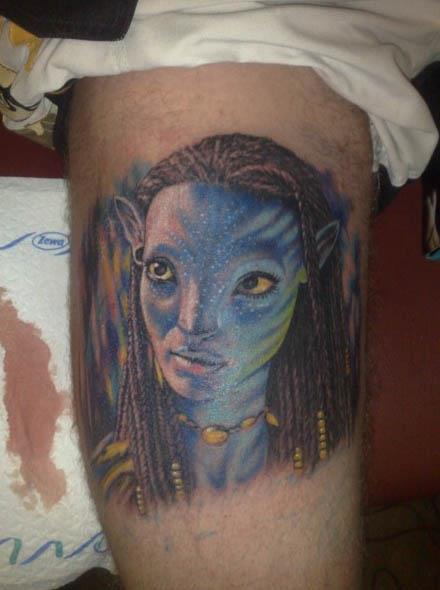 Nice artwork, great reference to pull from.  All around I would call this a win.  The only problem is this hot blue alien chick is on a dude.  Total buzz kill.

You didn’t think I’d do an article like this and not bring up Star Wars tattoos?  They did a whole book about them (“The Force in the Flesh”) so I won’t elaborate too much here, but I’ll will show you a few of the more creative ones. There are so many great tattoos out there it’s getting hard to top them, but by no means does that stop people from trying.  If you’ve got a movie tattoo (or a great tattoo you think should have been on this list) we’d love for you to share it with us.  Post them in the comments or drop us a line at [email protected] and we’ll highlight those in the next couple weeks.

Word of Mouth: The First Reviews For The Dark Knight Rises...