Joseph Conrad was born in 1857 in the Ukraine. At the age of 16 he left his home and travelled to Marseilles, France to become a mariner. He spent the next 23 years of his life at sea, and it would be these experiences and adventures that would later inspire him to write. Conrad’s writings would go on to gain great notoriety by the turn of the century. He managed to explore the relationship between man and the world around him, not through traditional adventure, but via a haunting portrayal of greed and corruption. In a time when the glory of imperialism was quickly coming to an end, Conrad described exactly the toll humanity had paid for its rapid development over the last century. His books travelled to the far corners of the Earth, and what he found there was not inspirational, but deeply depressing.

So, what does Joseph Conrad have to do with Alien? A lot, actually. For one, Conrad was one of Ridley Scott’s favorite authors. When they needed a name for the main ship on which the original 1979 film would take place, Ridley Scott decided to use the name of one of Conrad’s most famous characters (it also happens to be the name of the book in which he is featured). Nostromo in Italian means boatswain, the officer in charge of the crew on a ship. The name conjures up a sense of responsibility based on that fact alone. In the novel, the character makes a name for himself as being reliable. In the fictional country of Costaguana, he is a hardworking foreigner, someone that the citizens are able to trust because of everything he has done for them over the years.

In Alien, the USCSS Nostromo is a working class freighter. The crew are trying to make a living – tugging a refinery through deep space. The corporation that owns the ship is Weyland-Yutani, and they are the ones that take advantage of the hard work that these future blue collar employees are providing. It is Weyland-Yutani that has knowledge of what awaits the Nostromo on LV-426, and it is Weyland-Yutani which sends the ship down with the ultimate purpose of bringing the xenomorph lifeform back to Earth for experimentation and implementation as a biological weapon. In Nostromo the novel, the wealthy also take advantage of the workers. Senor Gould is the wealthy owner of a silver mine. He manipulates the fledgling country’s government by contributing funds to a dictator. The dictatorship affords Gould a certain stability for his business interests, but at the expense of local freedoms. When a revolution breaks out, Gould’s silver mine becomes an important target for the revolutionaries as a potential source of funding and export for the fledgling country. It is Nostromo whom Senor Gould trusts to smuggle his silver out of the country before it is too late. 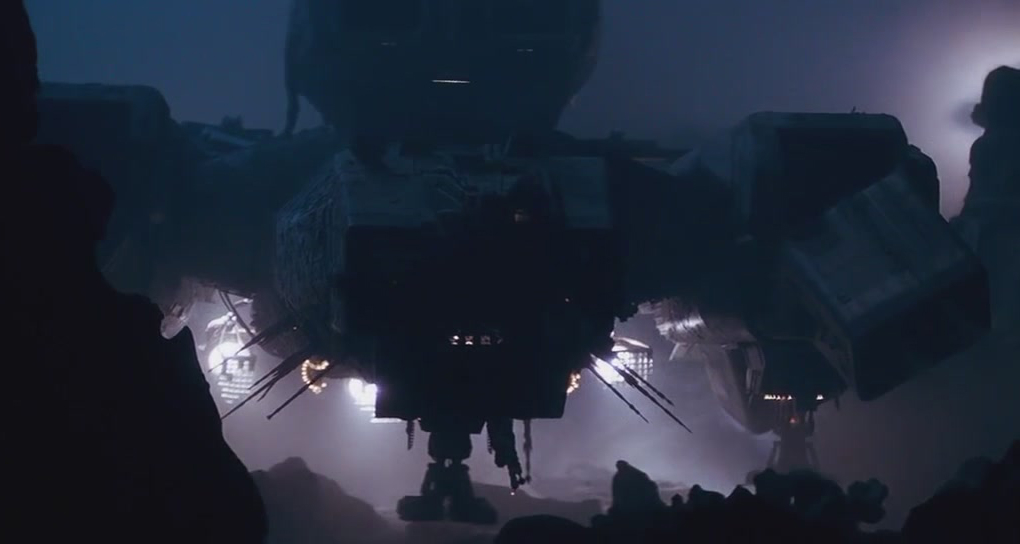 In both the Alien franchise, and in Conrad’s books, it is greed that leads humanity into places it should not be. In Aliens, it is Weyland-Yutani’s continued desire for the xenomorphs which pushes them even further into moral insignificance. During the 57 years between the two films, the corporation sends a group of colonists to live on the planet LV-426 – fully aware of what horrors lurk there. Like the Nostromo, the colonists are supposed to be the targets for xenomorph infection. The colony would become a necessary sacrifice for Weyland-Yutani to possess the ultimate weapon. The USS Sulaco is sent to investigate, and hopefully retrieve the specimens. The Sulaco is named after the town in which Nostromo takes place. Both the Sulaco in Nostromo and the Sulaco in Aliens are, in essence, at the bidding of a potentially nefarious business entity. It’s also an homage to the naming conventions of the original film, but also a reminder of even more people being betrayed. One source of greed, the original attempt to secure the life form, has now expanded to another level. Hundreds of innocent lives are now being taken for this purpose – an entire town, if you will. 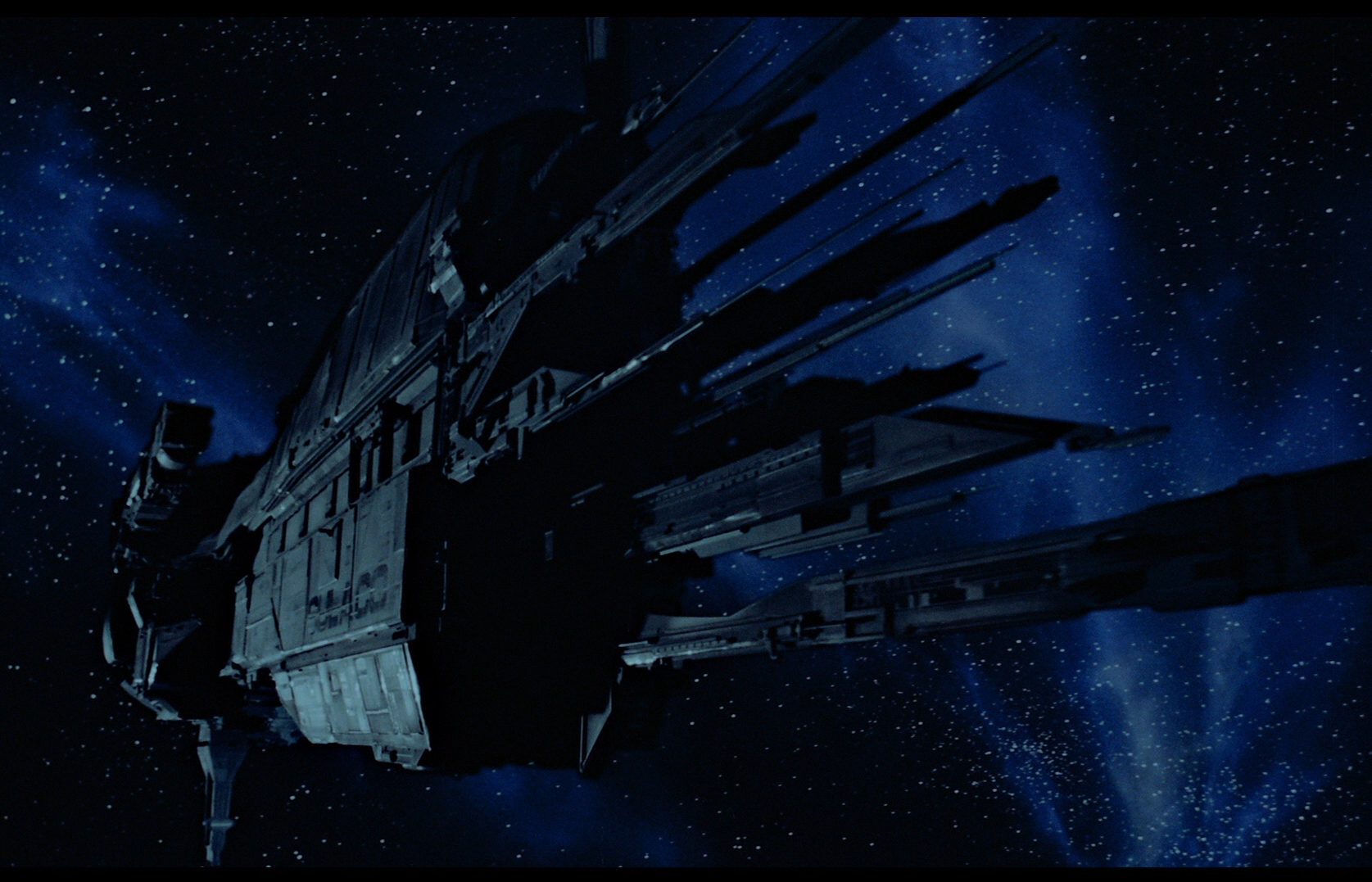 In Conrad’s novel, Nostromo becomes the ultimate anti-hero. Instead of smuggling Gould’s silver as he was entrusted, and instead of distributing it to the town or the revolutionaries for the benefit of the country, he keeps it for himself. With this decision, Nostromo essentially betrays the entire country. While the Alien franchise doesn’t feature an Anti-Hero (except maybe David in Prometheus), Nostromo’s abrupt turn from reliable to corruptible reminds us of another related theme throughout the Alien franchise – nothing is as it seems.

Distress signals turn out to be warnings. Fellow crew members turn out to be robots planted by Weyland-Yutani. Rescue missions aren’t about rescuing anyone at all. Prometheus is named after the ship featured in that film, which is in turn named after the Titan in Greek mythology who is given credit for creating mankind by stealing fire from the gods. It is a fitting name because the film focuses on seeking the origins of life on Earth. This search leads the crew of the Prometheus to the Engineers, who are later determined to have created life on Earth. But, the discovery of mankind’s maker does not turn out to be a beneficial one. While the Engineers are in fact as powerful and technologically advanced as is necessary to create new life, they have no compassion for the life they have created. Instead, the Engineers become determined to destroy humanity rather than help save it.

In Alien 3, the ship that is sent to retrieve Ripley and the alien inside her is called the USCSS Patna. Patna is the name of a ship in Joseph Conrad’s novel Lord Jim. In this novel, the Patna is sinking. Rather than trying to save the ship’s passengers first, the captain thinks only of saving himself. Here, the themes of betrayal and selfishness match with how the Weyland-Yutani corporation is depicted. In the Alien films, there are plenty of people in mortal peril, yet Weyland-Yutani only cares about exploiting the xenomorph life form for their own benefit. In Alien 3, the Patna is not sent to rescue the prisoners or Ripley. It is only being sent to secure the lifeform. As far as they are concerned, Ripley and the inmates are expendable. In parallel to how Conrad’s most famous novels end, Alien 3 sees the death of its main protagonist. Ripley does the only thing she can in the situation, sacrificing herself to prevent the xenomorph from getting into the hands of Weyland-Yutani. She also ensures that humanity will remain safe, and in many ways this action invokes the sacrifice of Jesus Christ – especially given the plot of the following film. 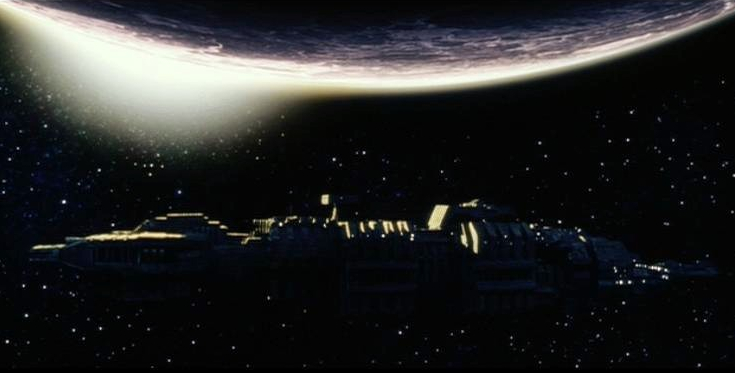 In Alien: Resurrection, the ship is named the USM Auriga. The Auriga is named after the constellation. One of the stories behind the constellation is Hippolytus, who like Ripley, is resurrected. This ship name and film title reflect another important topic in the franchise, which is religion. Alien 3 takes place on a prison world that is run more like a monastery than a penitentiary. The inmates are all violent offenders who have all come to this place to try and live out their lives together in peace. They are lost souls, cast aside by humanity, and they turn to religion for solace. In an original concept for Alien 3 the film did in fact take place in a religious sanctuary, and the appearance of the xenomorph would become a real life reenactment of good vs. evil. But this struggle, of evil incarnate, is something that makes all of the Alien films successful. The xenomorph is fear, and pain, and ultimately death.

Like Prometheus, Alien: Covenant is named after the main ship. Covenant is an interesting title for the ship as it seems to fit in well with the themes of the franchise. Covenant could refer to religious agreements, such as the promises made to humanity by God in the Bible, pursuant to several behavioral conditions. With Prometheus’ reveal of the Engineer’s being our creator, the seeds of conflict have already been planted. By naming the ship and the film after this principle, we get the idea that humanity isn’t living up to their side of the agreement and could be dealing with the “consequences”. Betrayal and greed could very well be involved.