Latino Review claims they’ve got the exclusive scoop on who the villain will be in the upcoming Justice League movie.  While I think they can be a fairly credible source of info, I’m still listing this as a rumor until we get some sort of official confirmation from the studios.  Apparently, WB is looking towards Darkseid, in order to bring the heroes together in the ultimate battle.

Let’s face it, WB is having to play catch up, seeing as how The Avengers was so successful.  They can’t merely copy that film either, and they need a threat that’s over the top and amazing.  Darkseid can fit that bill.  I won’t delve into the villain’s full history here, but suffice it to say, he definitely one of the most powerful villains in all of DC and has caused all sorts of trouble for members of the Justice League for the past 40 years. 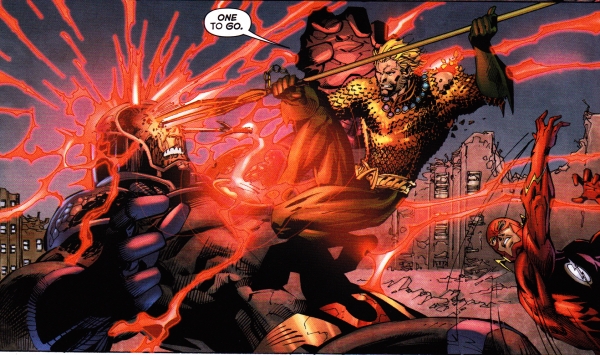 If this news turns out to be true it’s a good pick.  He’s a threat big enough to bring Batman, Superman, Wonder Woman, Green Lantern, and the Flash all together.  In fact, that’s exactly how they did it when the New 52 Comics launched last year.  Personally I feel the New 52 Justice League handled the set up for all the heroes and Darkseid incredibly well.  They managed to bring everyone together in a plausible way, without feeling stretched out or convoluted.  Those are the things this film is going to have to do.

I hope Darkseid is the only villain in the movie.  In the comics, the evil mastermind commands an entire planet filled with generic warriors, but also some individuals who have been villains in their own right.  If they get thrown into the mix, it’d be way easy for the film to feel stuffed and overdone.  Let’s just cross our fingers that everything works out.

How do you guys feel about Darkseid being the main baddie?

Here We Go Again, Disney is Working on a ‘Bambi’ Remake

Rian Johnson’s ‘Knives Out’ on 4K, Blu-ray and Digital this February