You read the graphic novels. I, unfortunately, haven’t read the graphic novels.  But from what I’ve heard, it’s very true to the spirit and themes presented in the film.  It also strays very little from the story, and the basic principles that made the Scott Pilgrim series of comic books so great remains the same here.  Believe me, after seeing this film, I really want to read the comics.  If it’s even a fraction the same (which it reportedly is), I’m sure I’m in for a treat.  Meanwhile, those who read the books but haven’t seen the movie should quickly rectify that.

You are a gamer. I play a lot of video games. So when I went into Scott Pilgrim, seeing all the constant nods to video games put a big, stupid smile on my face.  Hey, it’s Mortal Kombat!  Is that the Zelda theme?  Did he just empty a pee meter?  Well the video game references aren’t very subtle, they never grow tiring.  If you play video games (specifically 8 or 16 bit games), then you’re sure to get a kick out of this film. 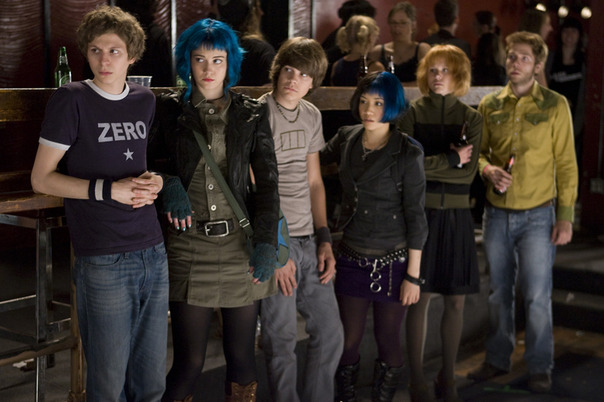 You like all types of music. I’m not a huge music buff.  Like most of the world’s populace, I listen to music, and I enjoy certain songs.  So to say I’m an expert on music would be a lie.  However, the songs in this movie are incredibly catchy.  They’re well performed, and well-written.  And well nothing beats seating in a huge theater with the music blaring and the comic book inspired captions lighting up the screen, siting at home with a good surround sound and nice screen works too when it comes to listening to this music.  But be prepared to be floored.  Here’s a couple examples:

And a much less upbeat song:

And this is this awesome:

You have some geeky sensibilities.  That’s all there is to it.  This is a film by geeks, for geeks.  Half of the fun in this film is spotting all the references, be it from video games, movies, or comic books.  Well you may think this is just a cruel excuse for geeks to whisper to each other and be in the “The Know,” you’re wrong.  Regardless of what you are geeky about, or if you’re a geek at all, there’s bound to be something in Scott Pilgrim vs. the World that makes you knowingly chuckle to yourself.  And there’s nothing better then that feeling of acknowledgment, right?

You want to see something different. I hope, when reading this article, you guys don’t get the wrong impression.  Scott Pilgrim vs. the World isn’t a film made from a bunch of video game references and comic book animations; at its core, Scott Pilgrim is something unique, a nice break from the Oscar bait and sappy dramas this time of year.  Despite it being based on a comic book, Scott Pilgrim vs. the World is one of the most interesting film I’ve seen in years, both in story, direction, and overall presentation.  You can’t see this movie and tell me it’s not interesting, at least from a technical standpoint.

You enjoy quality films.  That’s the bottom line, the reason I’m writing this article in the first place.  This is a fantastic film, and one of my favorite films of the whole year.  And rest assured, I’m not the only one with this sentiment.  I already see the inklings of a cult classic in the works.  Well not everyone was able to appreciate this film on the big screen, I hope they will be able to see it one way or another.  Because this movie is well worth it. 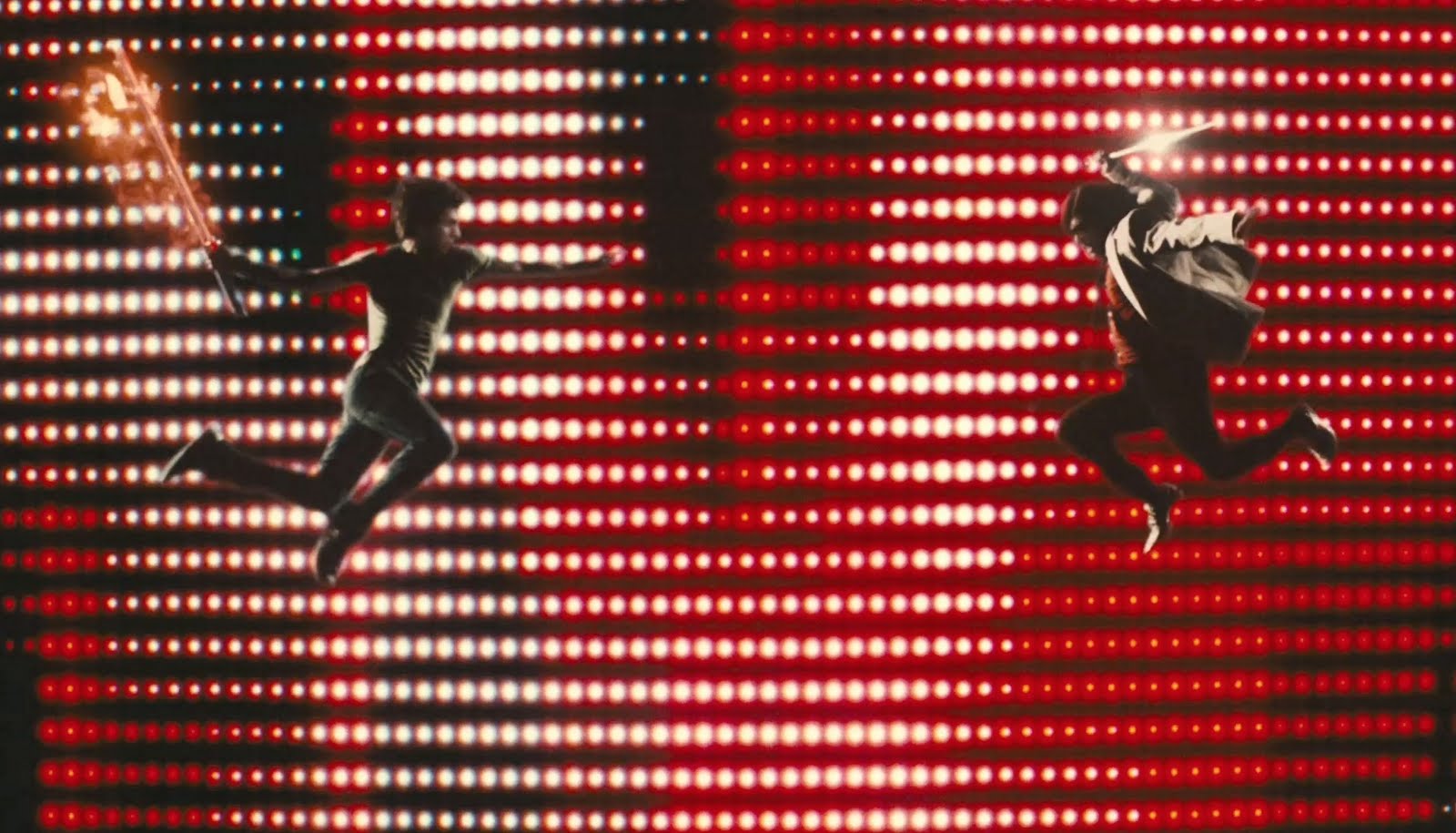 Blu-Review: Argo – Worth All the Buzz

Channel Control: The First Episode of ‘Tron: Uprising’ Has Restored My...