THE SET-UP
Two musicians (Tony Curtis and Jack Lemmon) on the run from gangsters disguise themselves as women and hide among a touring all-girls band.
Written by: Billy Wilder and I.A.L. Diamond
Produced and Directed by: Billy Wilder

THE DELIVERY
The Billy Wilder classic remains just as funny and fresh as when it was released in 1959. After more than fifty years, the genius of Wilder’s writing is apparent upon each new viewing. It had been years since I had seen Some Like It Hot, and I was surprised how effortless the comedy was. It is something even some current comedy films have been unable to master. At no point did the jokes feel forced or contrived.

Sure, the idea that these guys could pull off being women is far-fetched, but Lemmon and Curtis pull it off. The fact that the Chicago gangsters they are fleeing from turn up in the same hotel resort in Florida as they is a stretch at best, but it is so funny that you really do not mind.

Marilyn Monroe always got a bad rap as not being a very good actress, but this film proves she’s more than just a beautiful face. It’s amazing that today’s sex symbols rarely come close to the appeal Monroe had. She, Curtis, and Lemmon share a great rapport that carries the film. How much more can I say? This is an absolute classic and an essential part of any comedy film collection. 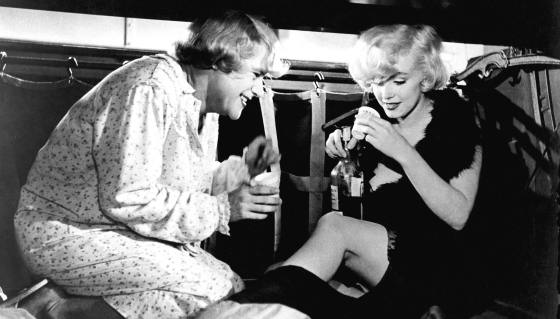 VIDEO AND AUDIO
The video quality is exceptional for such an old film. In black and white, the grain in the image is quite visible, but the image is crisp enough that it is not distracting. The blacks and greys are given sharp contrast, which helps the presentation. There is some debris visible in the print, but overall the quality is far better than one might expect.

The audio is DTS 5.1, which allows the voices and music to get some multi-channel treatment and outstanding clarity. This 50-something film sounds great.

SPECIAL FEATURES
This classic film gets a proper treatment with some superb special features. The audio commentary uses some archived interviews from Jack Lemmon (who had already passed at the time) to add to Tony Curtis’ recollections. It is a great commentary.

The mini-documentaries are very well done, providing real insight into the making and the impact of the film. The “Sweet Sues” featurette, which included recent interviews with surviving actresses who were members of the band, was especially entertaining. The “Hall of Memories” featurette highlights some of Marilyn Monroe’s best scenes from the film, cut together with publicity and behind-the-scenes stills. The original trailer is also included. 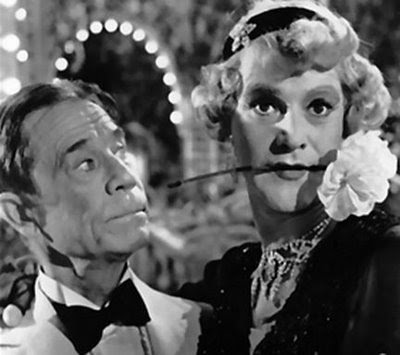 BUY IT OR NETFLIX IT?
RATINGS
MOVIE: A+
VIDEO: A-
AUDIO: B+
EXTRAS: A
OVERALL GRADE: A

This classic is a must own, especially for fans of good comedy. Not only is the video and sound excellent, but the extras are exceptional. Fans will be very satisfied with what they see here. The fact that it is black and white may turn off younger viewers, but they should be FORCED to watch this, so they can thank you later.

Some Like it Hot is now available from MGM/Fox Home Video.