Directed By
F. Gary Gray
Written By
Actors
Official Synopsis
The Men in Black have expanded to cover the globe, but so have the villains of the universe. To keep us safe, decorated Agent H and determined rookie M join forces -- an unlikely pairing that just might work. When aliens that can take the form of any human arrive on Earth, H and M embark on a globe-trotting adventure to save the agency -- and ultimately the world -- from their mischievous plans.
Genre
Release Date
06/14/2019
MPAA Rating
PG-13

The Men in Black franchise has thus far subsisted on wacky tongue-in-cheek humor, sci-fi shenanigans, and the charisma between its opposite-attracts stars Will Smith and Tommy Lee Jones. But what happens when you bring in an entirely new set of actors?

The answer is: it’s not great. But frankly, the lack-of charisma between the latest MIB film’s two stars is among the lesser of the film’s many issues. So, we can’t exactly lay blame for the boredom that is MIB: International on Chris Hemsworth and Tessa Thompson’s performances. However, we can use their casting and the writing of their characters to demonstrate the major issue of the film; aimlessness.

Granted, the task of a delayed sequel meeting the expectations of a beloved franchise can be overwhelming to begin with. Look at what happened to Ghostbusters or Vacation. No matter what new film makers will try, the fact remains that a new film will never recapture the magic of the old ones. It’s a law of diminishing returns for sequels, unless either you have an overarching story plan from the beginning, or you try something different. Men In Black: International has very little to do with the previous Men In Black films from a narrative perspective, and yet goes through the motions those previous films have already gone through.

The new leading characters are a jumbled concoction of the traits from the leading characters of the first three films. Chris Hemsworth’s Agent H is the veteran agent. Like Tommy lee Jones’ Agent K he’s seen it all and done it all before. He has the experience and the confidence to go up against anything. But his demeanor is more like Will Smith’s Agent J. He’s a hot head, all about the flash and the excitement. Opposite him, Tessa Thompson is the new blood Agent M. She may lack experience like Agent J did in the original film, but she makes up for it with a commitment and focus that would have made Agent K proud.

In this way, the new characters seem like a blend of characters we’ve already seen before. Perhaps the writers strove to maintain a certain level of relatability for the audience. What they didn’t strive for is consistency. While Agent H is lauded as one of the finest agents of MIB, he certainly doesn’t act like it. He makes mistakes due to overconfidence and ineptitude, and yet survives thanks to pure luck. On the other hand, Agent M manages not to make any fatal mistakes despite being essentially “thrown into the wolves den” on her first mission (which she isn’t even supposed to be on in the first place).

Together, Hemsworth and Thompson are a little awkward. Part of this is the juxtaposition of character traits, and part of this is the film’s coy approach to gender roles. It’s almost as if the franchise is suddenly conscious of its lack of leading female characters, and now that it has one it isn’t sure how it is supposed to treat her. I mean, Hemsworth and Thompson are fine. They provide likable performances, but the film as a whole just doesn’t have a proficiency it needed. For instance, the film is generally funny (Kumail Nanjiani is the highlight), but the best joke is a reference to another unrelated movie/franchise. 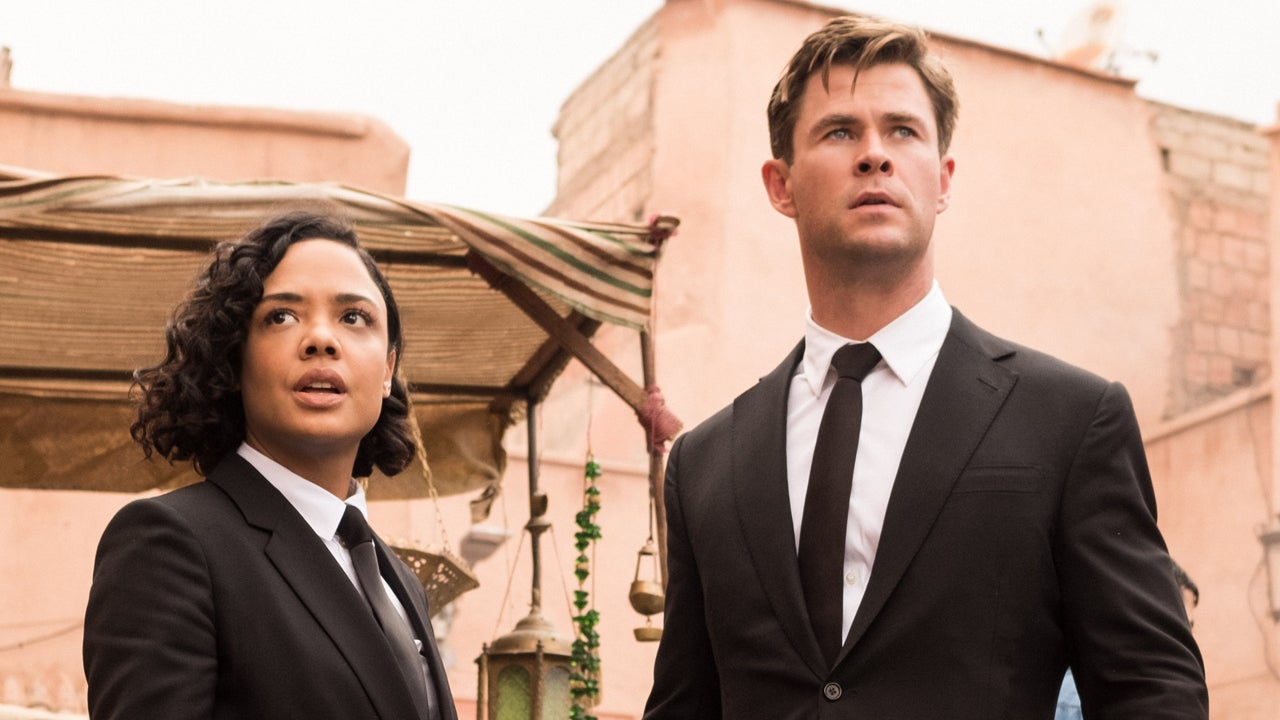 The plot of the newest film will be familiar to anyone who has seen the previous three installments. There is a weird MacGuffin our main characters stumble into. This purpose/meaning of this MacGuffin has to be solved in order for them to be able to save the world. However, unlike the past two sequels, this one doesn’t add an additional wrinkle like memory loss or time travel to make it more interesting. It’s a straight-forward rehash of the original, but now with scenes taking place in other countries!

Director F. Gary Gray doesn’t add anything worthwhile to the franchise. Gray annoys his audience with an inexplicable number of shots where the characters speak directly into the camera at close range. There’s shaky handy cam, and slow zooms to give it that dynamic feel - but it’s like he’s grasping for something that isn’t there. Instead of adding his own style or flair, his approach is to take cribs notes from the techniques used in the previous films. The result is a depressingly generic blockbuster.

Despite the “international” flair, the script is frustratingly by-the-numbers too. There are exotic locales, but they exist purely as interesting backgrounds for when our characters are running around aimlessly. The script makes no attempt to integrate other cultures into some sort of alien-related premise. There’s no specific reason for the film to go to the places it travels to. These scenes could have been filmed anywhere. MIB films have always been light on logic for the sake of cooky entertainment, but this one waters it down even further. Ask yourself why the MIB would allow an intergalactic arms dealer to take residence on our planet. Ask yourself what any of Hemsworth’s early scenes add to the character or the plot. Ask yourself why most of the film’s conflicts had to happen in the first place. But above all, the biggest fault of the film is a total lack of danger. The main characters take a few punches, but their fate is never in doubt. They are saved countless times by sheer circumstance, and essentially bumble their way to success. The action sequences are hectic shootouts without much wit or grace, and the perceived lack of danger makes them near boring. Plus, the repetitive nature of the script keeps announcing the already obvious clues which makes it possible to foresee the twists miles ahead. The film’s lack of creativity is glaring on several levels.

Men In Black: International is therefore the unnecessary sequel/reboot we already knew we didn’t need.   It follows in the vein of other recent delayed sequels where the filmmakers are more interested in exploitation of nostalgia rather than fully embracing the opportunity to further explore a beloved cinematic universe. Perhaps with more creative writers, a more visionary director, and a cast which better fit the material, it could have been a worthy addition to the franchise. As is? Another beloved franchise gets stretched too far.

What's Bad: Not enough creativity in the writing or the production, feels like a generic rehash of the first MIB, logic-defying plot, lackluster dialogue and special effects, boring and generic.
GP
G.S. Perno Top 10 Reviewer 149 reviews
Report this review Comments (0) | Was this review helpful to you? 1 0