It’s a sobering thought.  I mean, we had several critical darlings this year, a couple of comic book movies that didn’t suck and were rather fun, at least one major sleeper hit (Super 8), and a couple of Billion dollar money-makers.  While there were plenty of stinkers this Summer too, overall, it was a much more positive year than it’s normally been.  Yet people still aren’t going to the theaters. 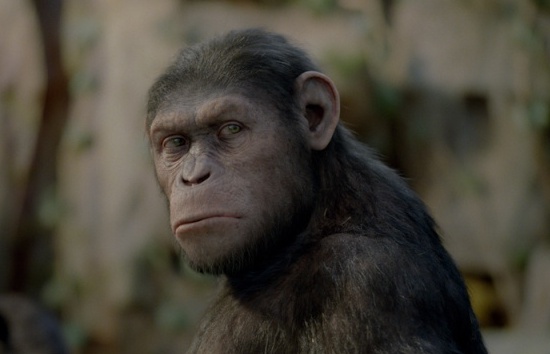 The New York Times ran the numbers (but didn’t offer a whole lot of insight about them) and showed that this Summer’s tickets sales were at $4.38 Billion.  That’s up 1% from last year, which you’d think would be a good thing, right?  The problem is, inflated 3D ticket prices is what actually caused the increase in the dollar amount.  The real number of people who showed up was the lowest attendance since 1997.

So here’s the problem.  Even with plenty of good movies coming out, people still aren’t going out to see them.  This is a bad sign for both the studios and movie theater chains, which is going to really affect us, the movie fans.  This is the fourth year that theater attendance has declined.  It’s been getting lower and lower each and every year.  While a couple years can be brushed off as a simple slump, four consecutive years is the sign of a much larger problem.

Let’s face it, in the world of large HD televisions, 3D available at the home, and bad ass surround sound systems, people simply don’t have to go to the theaters anymore in order to get the ‘theater experience’.  With services like Direct TV’s Home Premium, which brings current releases into homes faster, a lot of people aren’t rushing to get to the theaters anymore.  The movie theaters themselves aren’t making things any better with poor lighting and sub-par experiences because of lack of management.  I’ve gone into detail already about how theaters need to get their act together to become relevant again, but is it already too late?

The other part of the problem is with Hollywood.  The biggest money makers of the Summer season, were also the worst films it had to offer.  Pirates, Transformers, and Hangover II all made a ridiculous amount of money, but were critical flops.  What this means is that more people saw the bad movies than the good ones.  Meaning that next year, they’ll be more than likely to just stay home, rather than waste money on another crappy movie. These two things combined may end up leading to the overall demise of theaters.  Bad movies and bad experiences are consistently keeping people at home, where they can watch good movies in HD from the comfort of their own living rooms.  With cookie cutter sequels still on their way, Hollywood doesn’t seem eager to change that status quo either.

It’s a realization that makes me truly sad.  Without change, it’s possible we’ll see the future of movies all going to a straight to blu-ray or pay per view format.  Where art houses and festivals are the ONLY places to see something on the big screen.  Is it going to happen within the next couple of years?  No, but if things don’t change soon eventually theaters will be a thing of the past.

I’m not sure about you, but I for damn sure don’t want to have to explain to my child how we used to watch movies.  The only way to affect this change is through us, the movie goers and fans.  We need to make sure our money is being spent on films that deserve it; not just because a movie has a certain actor, or part of a franchise.  This will tell the studios the types of films we want to see.

On top of that, we can’t be afraid to tell the movie theaters how we feel either.  If you have a bad experience at the movies (something that could have been corrected) complain to the managers.  Let them know that we expect an experience when we come into their business, not just a white screen.  I mean, if they don’t know what’s wrong, or how to fix it, then all that’s going to happen is they’ll keep raising ticket prices to account for the lack of people.

The bottom line is the film industry is struggling.  If we want to keep theaters alive and around, then we’re going to have to be part of the solution as well.  Sitting around and bitching about it on the internet isn’t enough to affect change.  As movie fans, we’re going to need to be active too.