Director’s have the lofty position of ensuring that a production goes smoothly, and that the vision he wants portrayed makes it onto the big screen.  In this sense the director has to be able to interact with all members of the filmmaking process.  Editor’s have a unique position, though.  They can take everything that’s been done before, and mold it into something else entirely.  It’s their job to take the footage and make it into a movie.

In a lot of ways, an Editor and a Director are almost equal in what they do.  Both are in control of the final look of the film, just in slightly different ways.  Thus, an excellent working relationship must be established and maintained between these two, or the result is a sub-par film that looks half-hearted. There are ways contention can be avoided though, and for young filmmakers it’s something you’re going to have to work at.  So I’m here to hopefully help smooth out the process.

You ready to hear what the trick is then?  It’s not easy, I’ll warn you now, but it is essential for working with your editor.  Back-off!  Yep, that’s the big trick right there.  While it may sound simple, for a director, it’s anything but. I know I don’t speak for all of us, but many editors work best in solitude.  It’s partly the nature of the job, but check out any editing bay, and you’ll see it’s set-up as a one man show.  Of course there are always assistants and such to help out, but it’s a one-man show for the most part.  There’s a good reason for this.

When you’re pouring over hours of footage with the goal of condensing it down into a 90-120 minutes, any distraction at all could be costly.  While watching footage you may miss something (a look, the way a line was said) that could flesh out a scene.  While that’s something of a dramatic answer, it’s entirely possible.  With so much going on, between the ridiculous amount of footage, the equipment, and the programs adding in more than one person can be frustrating and confusing.

Young directors, and especially those who are used to doing everything on their own (like in film school) suffer from micro-managing syndrome.  They feel that they have to be in there with the editor 100% of the time in order to make sure his vision comes off right.  This becomes nothing but a headache for editors.

Each editor is different.  We all use our own ways of sorting and filing data and assets.  We use different numbering systems, and wildly different approaches to how we want to start cutting the movie up.  A director who comes in at the beginning of this process may start asking questions about why an editor does his logging and capturing this way, or why he did that particular cut.  Hell, the director may even say this dreaded quote, “well that’s not how I usually do it.”  Unless you’re directly doing the editing, those aren’t words you should utter.

If you want to piss off your editor, those are all good ways to go about it.  Younger directors need to learn the difference between doing everything on your own in a film (even if it is a low-budget/short film) and how to work as a filmmaking team.  You can’t alienate the people helping you by micro-managing.  A lot of trust goes into this, and for many director’s that’s an incredibly hard thing to do.

Does this mean a director should stay out of the editing bay completely?  Far from it.  Director’s do have to come in and make adjustments and suggestions.  Ultimately it is their movie, so they can’t be totally absent.

For me, I won’t let the director in until after I’ve finished the first cut of a movie.  Sure, he’s there for the dailies, but that’s necessary so he can point out the shots/performances he really thinks were the best.  After the dailies though, he/she is kicked out until my rough cut is totally finished.

This could be incredibly hard for many directors to handle, but if you want to help keep a good working relationship with your editors, this is something worth trying.  After the rough cut is done, the director can then sit down and see what’s working, and what isn’t.  That’s the time for him to start making adjustments and modifying what’s been laid out. 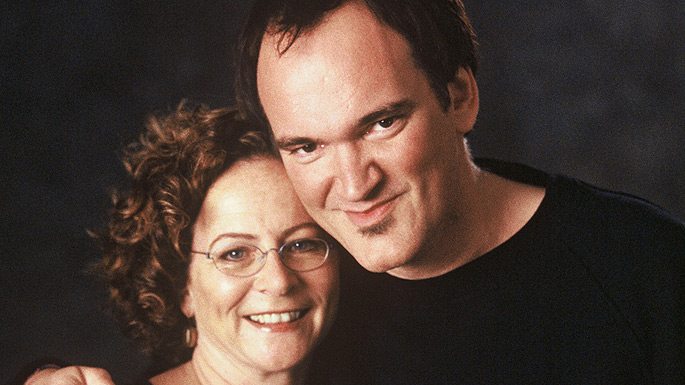 Trying to do that stuff on the fly with the editor is like having too many cooks in the kitchen.  You have to have something from which to work on and adjust before making those suggestions.  Otherwise you might end up with a garbled mess that neither of you is happy with (which you’ll subsequently blame on each other).

So if you really want to be a good director to your editor, you’re going to have to learn how to step back, and let someone else take the reins.  It won’t be permanently, but if you can’t let go, you’ll find more headache than you expected.  Take that time to recuperate from stress of shooting.  This way when you do get to sit down with your editor, you’re rested, calm, and able to bring some ‘fresh’ eyes to the project.