Ah, the Netflix debacle continues. Ever since they raised their prices about a month ago, nothing has been going good for them.  A glitch in their system caused various uproar.  They lost MILLIONS of subscribers. And their stock plummeted drastically to frighteningly new lows.  Harsh times indeed.  Feeling the sting of these various problems, co-founder and CEO of Netflix, Reed Hastings, hit the blogs late last night to do a little bit of ret-conning.  But instead of fixing the problem and making everybody quote-on-quote  “happy,” Hasting made things even worse (yeah, apparently it was possible to do that).  Not only are things in much worse condition then they are now, but Hastings announcement may just have killed Netflix.

“I messed up. I owe everyone an explanation.”

These were the words that began Hastings’ blog post that he posted on the Netflix website late last night.  “Finally,” everyone thought,”good news from the Netflix front!” But this was not good news.  No, not at all.  Hastings was about to drop a bombshell, one that changes Netflix forever.

“It’s hard for me to write this after over 10 years of mailing DVDs with pride, but we think it is necessary and best: In a few weeks, we will rename our DVD by mail service to “Qwikster”.”

Now you’re probably thinking, “this isn’t such a big deal; it’s just a name change.” But those words I just put into your mouth?  THEY ARE WRONG.  Very wrong indeed.  This represents much more than a name change.  This represents Netflix’s growing desire to leave behind the world of DVD rentals and switch entirely to instant streaming.  And can you blame them?  Streaming cost much less than buying and shipping out DVD’s, at least at first glance.  So why exactly is this a big deal?  Because streaming is NOT ready.  Despite what we film nerds would have you thinking, this world is not ready for an all streaming environment.  And in time, Netflix will learn that. The Internet as a collective is prone to exaggeration.  This theory has been proved countless amount of times.  In fact, the problems with Netflix over the past couple weeks are pure evidence of that.  People were FREAKING OUT over a couple of dollars.  It was petty, and a little bit sad.  I was just sitting in the back thinking “you guys are crazy.” But this situation is different.  This isn’t just raising the price by a couple of bucks.  This is grabbing a successful and bankable business model and splitting it in half.  For all intents and purposes, Qwikster is a brand new company.  It will have it own custom URL, Qwikster.com.  It will be a separate team from the Netflix one, spearheaded by Andy Rendich.  And it won’t be cross compatible with Netflix.com.  You know the hundreds of reviews you’ve written on Netflix?  NONE of them will transfer to Qwikster.  And when you write one on Qwikster, the same will apply.  Fixing the problem, eh Hastings?

“A negative of the renaming and separation is that the Qwikster.com and Netflix.com websites will not be integrated. So if you subscribe to both services, and if you need to change your credit card or email address, you would need to do it in two places. Similarly, if you rate or review a movie on Qwikster, it doesn’t show up on Netflix, and vice-versa.”

Another “positive” of dividing Netflix and Qwikster is extra work being put into both.  But I call bullshit.  Netflix doesn’t give a damn if Qwikster succeeds.  In fact, they WANT it to fail.  Over the years, they’ve been focusing on Watch Instantly ostensibly, even to a point where the DVD by mail service was being pushed to the side.  But this isn’t a way for Netflix to improve both services.  They’re merely taking the DVD by mail portion of their service and merely moving it out of the way.  Let someone else handle it; DVD’s are a dying format anyways.  They hope that splitting the service will make people choose Instant rather than Qwikster.  I’d bet money on that.  But WHY doesn’t Netflix understand how big a deal DVD’s by Mail are to the general populace?  Do they really think consumers would forego DVD’s at this point in time?  Hell no!  Ultimately, they’re just going to decide that both of them are to much trouble, and cancel them all together.

Really? I don’t think it’s that hard to say.  YOU ARE MOVING TO FAST.  Humanity just isn’t ready for a world of streaming, or a world of downloading movies to a TV.  We’re still buying DVD’s for fuck sake!  How is this at all a good idea?  The only good to come of this is the inclusion of video games to the service, which is pretty awesome in Netflix’s defense.  One smart thing in a sea of stupidity, Netflix.  Good job. From my tone, you can clearly tell I’m mad.  Or, at least I hope that’s how you’re reading it.  In my mind I imagine my words as anger, but you could always be reading them like I’m happy.  So just in case you aren’t, I’ll spell it out for you:  I’m MAD.  But more importantly (as in, if there was such a thing as super caps, I would be using them), I’m flabbergasted.  I just don’t understand why Netflix would think this is a good idea at all.  And how is THIS the solution to people being mad?  If anything, its turned apologize like me into hate mongers.  I was defending you, Netflix, and now you do something like this?

Now before you ask; no, I’m not canceling my subscription.  No matter what I think of their overall business strategy, they’re still running an awesome service (at least for now).  But this does not spell good things for them.  What if Burger King, out of the blue, decided to split up their burger division and fry division into two different entities?  They still have awesome burger and fries, but now you have to go to two different places to get them.  How many people honestly would?  I personally would, just because I love their fries and burgers enough to go the extra mile to get both (especially with the new to the service video games onion rings sweetening the deal).   But I’m in the minority.  Most will just choose one or, in worst case, forego it entirely.  I mean, screw it; there’s always McDonalds.  Sure, they’re not as good as Burger King, but at least I can get my burger and fries at the same place (and cheaper too!)  It’s only a matter of time until McDonald’s would win.  And in the end, both the Burger King fries and Burger King burgers would lose.  And Burger King as we know it would be gone. 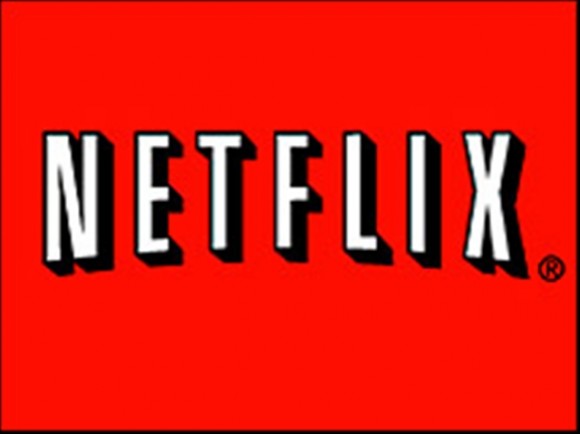 “Both the Qwikster and Netflix teams will work hard to regain your trust. We know it will not be overnight. Actions speak louder than words. But words help people to understand actions.”

I just wrote 1200 words on the subject.  And I still don’t understand what the fuck Netflix is doing.

Titanic, Superman, The Goonies, and More Added to the National Film Registry