The documentary is fascinating because it is funny and informative. It never gets too gross, although some of the stories – especially Nick Swardson’s and Nicole Aimee Schreiber’s – do push the nasty boundary but in a good way and you can’t help but laugh at them. “It was a really eye-opening experience,” says Randy, “we learned so much about our friends.”

Practically no topic was left uncovered either – from types of ways people grew up pooping (Bobby Lee grew up pooping in a real life “shit hole” in Korea), pooping in public, to the weight of a poop – you name it, it is probably mentioned in this doc except a few still uncomfortable topics like sex fetishes being pooping and eating poop which, let’s be honest, we’re good without hearing about. “It was also a very personal documentary and none of our friends really had those personal stories,” Randy Sklar says, “and that’s not the movie we wanted to make.”

Poop talk is a very taboo subject so it is a tricky documentary to sell and show, but honestly, it works and is fun, interesting and overall a smart documentary. Comedian Jonah Ray talks about how much he loves pooping, that’s why it’s called number 2 “because it’s the second best feeling your body can have” whereas his old “Meltdown” co-host Kumail Nanjiani grew up trying not to poop. He felt you only pooped when you ate too much. Everyone has really great poop experiences that are fun to hear about, it is a wonder as to why it’s such a sensitive topic to talk about in our society. Jason Sklar has a great theory about the “poop taboo” and why it is a tricky topic to talk about. “The way we interact with people socially is changing drastically in the digital age,” he went on to say, “I do think when we think of [our profiles] everyone is taking a photo at a high angle to make themselves look as good as possible. We curate what information about us that goes out to the world and what version of ourselves that we present to the world and we’re always trying to make it look the best. When you poop you are at your most vulnerable, you are at your most “disgusting” but I would say you’re at your most real and human in those moments. I think we’ve gone away in presenting ourselves like that and so more and more we just want to hide that part of ourselves […] and pretend that doesn’t happen. It looks like that is going to continue unless we can start openly talking about it and laughing about it.” This documentary is a great way to take steps in hopefully becoming more open about the subject and becoming more comfortable with ourselves about it.

The Sklar Brothers have been in comedy since the early 90’s, this is their first dive into the world of being behind a documentary and hopefully they’ll dabble in it more – it just depends on how this film turns out. They suggested maybe creating more taboo commentary documentaries. But until then you can check the film out in theatres and VOD February 16th. Overall, the Sklar Brothers are proud of what they’ve done with the film and how far they’ve come with it and they should be. It’s a documentary with heart and it does spark discussion. Even if poop isn’t your favorite type of humor you will still be a littlefascinated with the film.

Lastly, when asked for any advice for aspiring comedians or documentary filmmakers out there they both had great responses: “Focus on the truth first,” said Jason, “which in standup and writing that’s like make sure the set up is truthful and comes from a truthful place. That’s where you go from making something that’s kind of silly that sort of disappears into the ether after you watch it and making something that stays with people, hat forces them to think and have discussions and what not.” Randy went on to say “And then go for it. We always say create don’t wait.” Pretty uplifting and inspiring advice for anyone out there no matter what career you choose to poo—I mean do.

“Poop Talk” will be released on VOD and in theatres on February 16th. 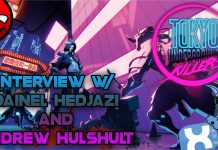