If you’re unfamiliar with the situation, I’m afraid part of that is my fault.  We’ve woefully under-reported this bit of news regarding DirectTV’s Home Premium (mostly because I disagreed with it so much).  So let me catch you up just in case.  Home Premium is a service set to launch tomorrow (Thursday), and will allow subscribers to view movies from Warner Bros., Sony, Universal and 20th Century Fox just 60 days after their theater release date.

Your home = theater of the future?

This significantly shortens the release window, which normally sits at about 6 months before the films start hitting store shelves and the like.  The main point of contention here is that theater owners are seriously concerned about a drop in their profits.  They depend on having long runs in the theater for the big money-making movies in order to continue pulling in a profit.  Giving people the chance to view them at home so early drastically shortens a film’s staying power in a theater.

It’s a service that the National Association of Theater Owners (NATO) has been opposing for quite some time.  Hell, just last week, theater owners all over the country threatened to pull major releases from those studios if the service continues.  Meaning films like Harry Potter and the Deathly Hallows Part 2, Green Lantern, and more big blockbusters may never see a theater.  Now 23 major directors/producers have sided with NATO and are in direct opposition with the studios most have strong ties with. 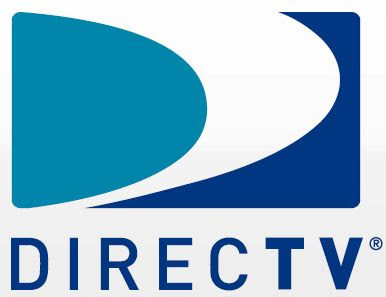 They’ve released this open letter to denounce the service and explain exactly why this is so terrible from a creative standpoint…to filmmakers like them and even us here at TMP.  It’s a beautifully written letter (which will be published in Variety tomorrow, the same day as the launch of the service) and at the end, even gives all of us a chance to help out.  Read the full letter here:

We are the artists and business professionals who help make the movie business great. We produce and direct movies. We work on the business deals that help get movies made. At the end of the day, we are also simply big movie fans.

Lately, there’s been a lot of talk by leaders at some major studios and cable companies about early-to-the-home “premium video-on-demand.” In this proposed distribution model, new movies can be shown in homes while these same films are still in their theatrical run.

In this scenario, those who own televisions with an HDMI input would be able to order a film through their cable system or an Internet provider as a digital rental. Terms and timing have yet to be made concrete, but there has been talk of windows of 60 days after theatrical release at a price of $30.

As a crucial part of a business that last year grossed close to $32 billion in worldwide theatrical ticket sales, we in the creative community feel that now is the time for studios and cable companies to acknowledge that a release pattern for premium video-on-demand that invades the current theatrical window could irrevocably harm the financial model of our film industry.

Major studios are struggling to replace the revenue lost by the declining value of DVD transactions. Low-cost rentals and subscriptions are undermining higher priced DVD sales and rentals. But the problem of declining revenue in home video will not be solved by importing into the theatrical window a distribution model that cannibalizes theatrical ticket sales.

Make no mistake: History has shown that price points cannot be maintained in the home video window. What sells for $30-a-viewing today could be blown out for $9.99 within a few years. If wiser heads do not prevail, the cannibalization of theatrical revenue in favor of a faulty, premature home video window could lead to the loss of hundreds of millions of dollars in annual revenue. Some theaters will close. The competition for those screens that remain will become that much more intense, foreclosing all but the most commercial movies from theatrical release. Specialty films whose success depends on platform releases that slowly build in awareness would be severely threatened under this new model. Careers that are built on the risks that can be taken with lower budget films may never have the chance to blossom under this cut-throat new model.

Further, releasing a pristine, digital copy of new movies early to the home will only increase the piracy problem—not solve it.

As leaders in the creative community, we ask for a seat at the table. We want to hear the studios’ plans for how this new distribution model will affect the future of the industry that we love.

And until that happens, we ask that our studio partners do not rashly undermine the current – and successful – system of releasing films in a sequential distribution window that encourages movie lovers to see films in the optimum, and most profitable, exhibition arena: the movie theaters of America.

You see that list of names attached?!  Those are some very heavy hitters and essentially comprise the brunt of the AAA filmmakers today.  This isn’t a group of people to take lightly, so I’m interested in seeing what the response will be to this.  So what do you guys think of this?  Is it just getting blown out of proportion, or is it too detrimental to the filmmaking community?