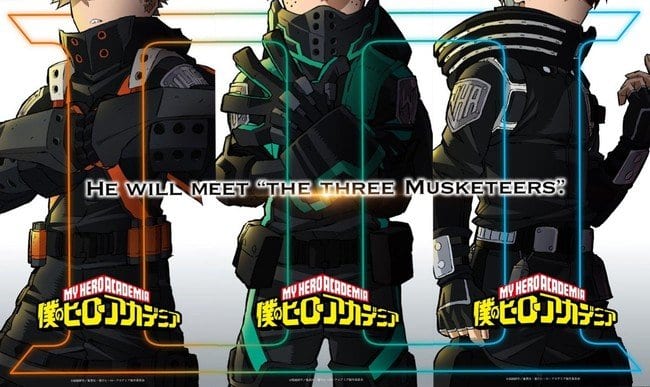 After previously teasing that there would be no more My Hero Academia films, it has now been revealed that a third MHA film is arriving in Summer 2021.

It’s been revealed in Weekly Shonen Jump magazine that a third My Hero Academia film is in the works and will be released in the summer of 2021. This film was announced with a teaser poster containing the cryptic statement “He will meet the Three Musketeers.”

Original manga creator Kōhei Horikoshi will again serve as chief supervisor and original character designer and had the following to say on the subject:

“I can’t say anything yet, but I’m drawing a lot. I should be able to announce it soon…”

Hopefully we’ll learn a lot more before the third My Hero Academia film arrives during the summer of 2021.