Deadline broke the news of the shortlist, although a shortlist like it was once circulating the net a couple weeks ago (although that was debunked by Fox’s official Twitter feed).  The original shortlist featured Aaron Paul, Ben Foster, Milo Ventimiglia, Paul Dano, and Paul Walker (a lot of Paul’s there).  The only person to remain on that “phony” list is Aaron Paul.  It’s obvious Fox wants him.

And the entire internet want them.  Everywhere, people are clamoring for him to get the role; he’s fantastic on Breaking Bad, and a role in Die Hard 5 will certainly give him more roles.  Also, he seems PERFECT for the part; seriously, I can imagine him as John McClane’s troubled son.  He does the criminal, troubled 20 something role so well in Breaking Bad, and he could honestly just do the same exact thing in A Good Night to Die Hard and he would still do the role justice. 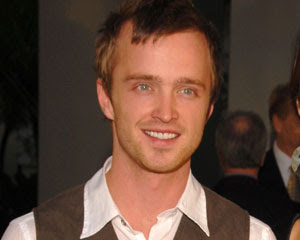 Oh crap, there’s other contenders too, isn’t there?  Hmm…I guess they’re alright.  Honestly, I’ve never heard of these other people, Liam Hemsworth and Aaron Paul withstanding.  I don’t know   That’s kind of refreshing, however; constantly, we see the same exact people on these kind of lists, and it gets annoying after a while.  At least Fox is trying to spice it up a little bit with some fresh faces.

Still, does anyone NOT want Aaron Paul for this role?  I mean, c’mon; it’s perfect.  And if Paul was to get cast, it would be just the thing to get me into this movie again after a meh premise and an awful choice for director.  I just hope Paul will be able to work it out in his schedule.  I”m sure we’ll be hearing more about this film (including the probable casting of the villain) soon.