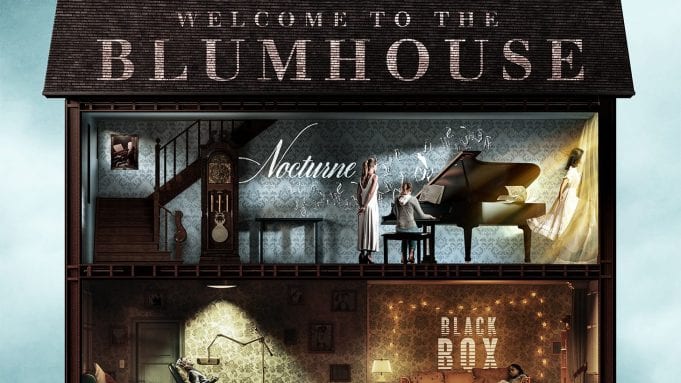 After launching the first half of eight films, Amazon has now revealed the latter half of the Welcome To the Blumhouse programming!

Earlier this month saw the arrival of four new indie films from Blumhouse in partnership with Amazon Prime. Now we know which films to look forward to next year as part of the Welcome to the Blumhouse anthology:

The Manor is written and directed by Axelle Carolyn, and stars Barbara Hershey, Bruce Davison, Nicholas Alexander, Jill Larsen, Fran Bennett and Katie Amanda Keane. After suffering a stroke, Judith Albright moves into a historic nursing home, where she begins to suspect something supernatural is preying on the residents. In order to escape she’ll need to convince everyone around her that she doesn’t actually belong there after all. Executive produced by Jason Blum, Jeremy Gold, Marci Wiseman, Lisa Bruce, Sandy King and Richard J Bosner.

Bingo is directed by Gigi Saul Guerrero and written by Shane McKenzie & Gigi Saul Guerrero, along with Perry Blackshear. In the Barrio of Oak Springs live a strong and stubborn group of elderly friends who refuse to be gentrified. Their leader, Lupita, keeps them together as a community, a family. But little did they know, their beloved Bingo hall is about to be sold to a much more powerful force than money itself. Executive produced by Jason Blum, Jeremy Gold, Marci Wiseman and Raynor Shima.

No release date set for these, but they’ll be arriving sometime in 2021.