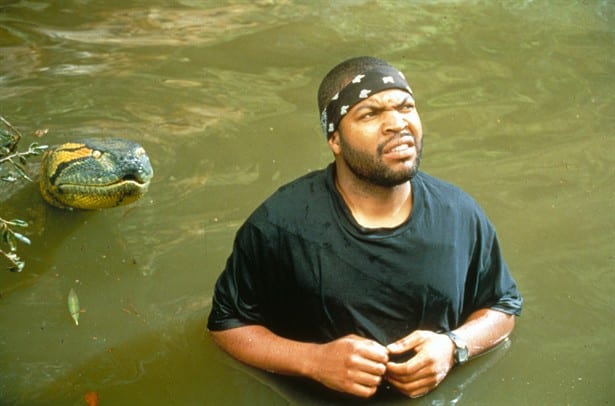 Creature Feature fans may have something to look forward to as Sony Pictures has hired a writer to bring Anaconda back to the big screen.

Anaconda, originally launched back in 1997, is not a good movie. But it’s brand of B-movie cheese still has a certain amount of charm to it. It managed to spawn one theatrical sequel along with a slew of direct-to-DVD films (which inexplicably started crossing over with the Lake Placid films).

I’m a sucker for any and all kinds of monster movies and sometimes it’s fun to enjoy some good old fashioned cheese. As such, I’m pretty excited to see that Sony Pictures is looking to bring the franchise back into the modern era! THR has the report, saying that the upcoming film isn’t meant to be a remake, or even a sequel, but an all new imagining for the giant snake monster film.

Evan Daugherty who wrote Snow White and the Huntsman, along with giving the Tomb Raider franchise new life, has been brought on board to write the script…And that’s about all we have to go on at the moment. There’s no word on any other behind the scenes staff or details on the plot, but they say The Meg is being used as an inspiration for how to revitalize the story (i.e. bigger, more action, etc).

Goofy as the original film was, and nonsensical as the sequels came to be, there are some fun ideas tucked in there. I look forward to keeping up with this production! What would you like to see out of a