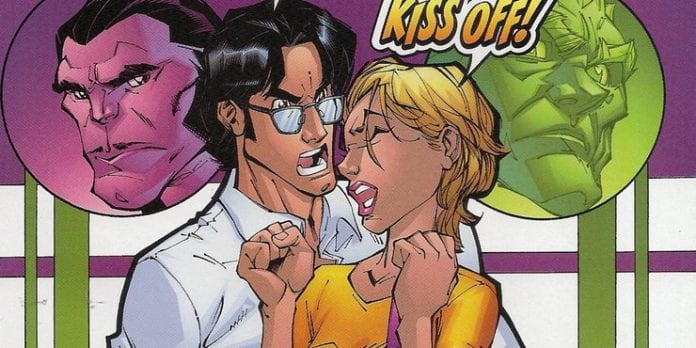 In an Exclusive out of THR, Netflix has landed a new joint project with The Rock and his Seven Bucks Productions. The Rock will once again team with Emily Blunt on the project based on a ’90s comic, Ball and Chain. The story follows a struggling couple played by The Rock and Blunt. On the verge of divorce, they are granted super powers, however, their powers only work when they’re together.

The script will be written by Oscar nominee Emily V. Gordon, and will see Blunt make her producing debut on the project via her Ledbury Productions. When speaking on the project and partnership with Netflix, The Rock said:

“Netflix is the perfect partner to deliver this epic superhero/romantic comedy experience alongside us, and we’re excited to be back in business with the Netflix team. I’m also excited to not only reunite with dear friend Emily Blunt in front of the camera, but to also collaborate as producing partners as we bring Emily V. Gordon’s script to life.”

Originally set for July 24th of this year, The Rock and Emily Blunt team together for Jungle Cruise which is now been pushed back to July 2021.