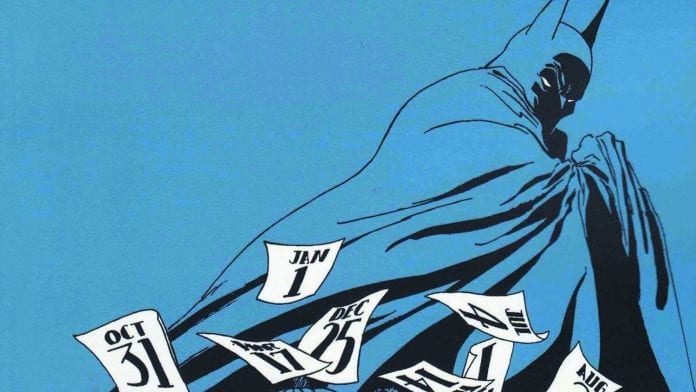 DC Animation continues to roll out, and today brings word about an upcoming adaptation of the popular Long Halloween storyline!

Even though the DCAU has “ended” the animated films continue to roll out to give fans sleek versions of iconic stories. Coming next month (though on digital today) is Superman: Man of Tomorrow, but IGN has a peek of what else Warner Bros. has in store for animated films.

The next thing on the horizon for this year is the 1970s-set Batman: Soul of the Dragon, but 2021 has some serious goods coming as well. On top of a Justice Society movie set during World War II, fans are finally getting an adaptation of The Long Halloween. The beloved comic arc (that released back in 1996) has long been one of the most heralded for the Caped Crusader. Though it’s set at an earlier point in his career, it brings together all of his most iconic villains in one singular story that combines action, heart, and everything we love about the character.

The animated adaptation will come in two-parts, allowing for a faithful recreation of the story. The announcement immediately makes me think of the two-part adaptation of The Dark Knight Returns, which is still among my favorite films from them.

Though details are still early, the first part of The Long Halloween is set to arrive during Summer 2021, with the second part coming later that Fall. It looks like we have a WHOLE BUNCH of great Batman coming our way next year.