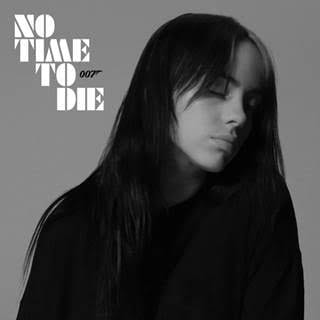 5-time Grammy Award-winner Billie Eilish has released the official theme song of the latest James Bond film, “No Time to Die”. Eilish becomes the youngest artist to ever write and record and song for a James Bond film. The film-titled song is produced by her brother, fellow multi Grammy Award-winning FINNEAS alongside Stephen Lipson, with orchestral arrangements by Hans Zimmer and Matt Dunkley, and guitar from Johnny Marr.

Bond films are known for many things. Iconic lines like “Bond, James Bond”, beautiful exotic locations, amazing cars, “Bond Girls”, and of course intense action in a suave, sophisticated wrapper. Beyond all those things, though, Bond films have traditionally had some of the best theme songs.

Music like Adele’s Oscar-winning 2012 “Skyfall”, Sam Smith‘s 2015 “Writing on the Wall”, and who could forget Tina Turner‘s 1992 “GoldenEye”, among others. Now, Billie Eilish joins the talented ranks of artists to have their music envelope a Bond film with March’s “No Time to Die”.

007 No Time to Die will be Daniel Craig‘s final film as James Bond and will likely see Lashana Lynch‘s Nomi take up the mantle. The film releases March 31, 2020.