Norman Bates (Anthony Perkins) can’t seem to get a break. In the short amount of time he’s been back running his infamous motel, Norman has dealt with an elaborate attempt to send him back to the nuthouse and faced a revelation about his mother that could send anyone over the edge who’s already jumped off it once (or twice) before. Just as he is about to continue his renovations of the Bates Motel, a young stranger (Diana Scarwid) who resembles one of his previous victims shows up on his doorstep. Can Norman finally get out from under his mother’s shadow and find love or will he slip into insanity once again?

What I once considered merely a slasher film now ties with Psycho II as one of my favorite of the sequels. Most follow-ups pale in comparison to the originals, but that’s not the case with the Psycho films. Psycho III excels thanks to it being directed by the man who not only brought Norman Bates to life, but also dedicated a great portion of his life to the character and living in his shadow.

I believe Anthony Perkins did what he felt was necessary when taking the reins of Psycho III. He knew there was more to tell of Norman’s story, but was terrified of what might happen if someone else was put in charge of the project. Instead, he took the Director’s chair and did his best to stay true to Alfred Hitchcock’s cinematic vision of Robert Bloch’s novel.

Perkins is given a chance in Psycho III to show the softer side of Norman to audiences. He reveals that Bates wants to be normal and have a life away from Mother. It also does a great job of showing the inner conflict he has with himself (and Mother, if you will).

It almost seems like Perkins was trying to take Psycho III where Hitchcock wanted to go with the original in regards of graphicness, but the censors at the time wouldn’t allow him. There’s quite a bit more sexual content and even the scenes of violence are amped up. It’s as if he’s trying to reach some level of shock that Hitchcock was trying to achieve but couldn’t get there in 1960.

The audio and video upgrade for “Psycho III” gives us the film in 1080p High-Definition Widescreen (1.85:1) and DTS Master Audio 5.1 and 2.0. The picture is a great example of clarity, while still keeping its 1980s “real film” flare. The surround sound immerses the viewer in the disturbing world of Norman Bates.

Fans of Alfred Hitchcock’s classic will find it necessary to own the Psycho III Collector’s Edition. Thanks to Anthony Perkins’ portrayal of Norman Bates and his personal touch as Director, you really get a deeper look into the tragic psyche of the man behind the murderer. Besides all that, we get to see more of Mother. Who doesn’t want to see more of Mother?

The Psycho III Collector’s Edition is available now on Blu-ray. 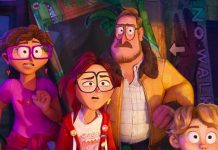 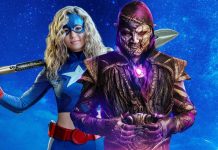