Mermaid Princess Ariel wants to live up above the ocean floor in the world of humans. She makes a deal with an evil sea witch named Ursula and leaves the ocean for life on dry land. When things go array in both her beloved worlds, Ariel must enlist the help of her fish friend Flounder and crab Sebastian to set things right.

What can be said about The Little Mermaid that already hasn’t been? I think its award nominations and wins speak for themselves. Boys and girls of all ages adore this treasure. As stated above, it’s even found life as a stage play performed around the world by children’s and adult theaters.

Disney spares no expense giving fans the best high-definition transfer it can for The Little Mermaid Diamond Edition. The video is pristine and the colors are vibrant. The 7.1 surround sound gives the film’s musical numbers and environmental noises an extra boost that literally puts you in the middle of all the action.

There’s over three hours of bonus material for The Little Mermaid Diamond Edition. We get a music video for “Part of Your World” performed by Carly Rae Jespin. Crab-E-OKE gives viewers the opportunity to sing along with their favorite songs. Audiences are also introduced to a deleted character named Harold the Merman. There’s lots more behind-the-scenes features centering on music and animation as well.

The Little Mermaid Diamond Edition is a 2-Disc set. It includes both DVD and Blu-ray versions of the film. You can also get a 3-disc set which features the movie in 3D. Both versions come with a digital copy included. Either one is a perfect addition to your family’s home entertainment library.

The Little Mermaid Diamond Edition is available on 3D Blu-ray and a Blu-ray/DVD Combo Pack. 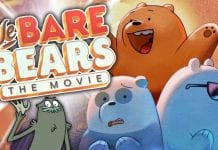 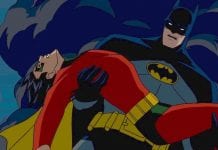