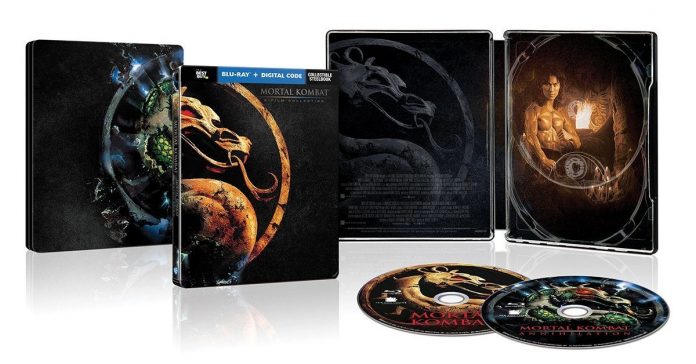 Fans of the original Mortal Kombat film and Mortal Kombat: Annihilation will be pleased to see this Blu-Ray steelbook release scheduled to arrive in January 2021.

A new steelbook release has been revealed for the Mortal Kombat 2 film Blu-Ray collection that collects the 1995 film Mortal Kombat and the 1997 sequel Mortal Kombat: Annihilation. The set is available for pre-order now on Best Buy’s website and costs only $16.99, which isn’t a bad deal for two films on Blu-Ray with a cool steelbook to go with it. The set will officially release on January 26, 2021.

There’s no word on if this set will have any new special features, though given how Best Buy has been releasing a slew of exclusive steelbooks as of late, I think it’s certainly possible.

You can pre-order the new Mortal Kombat Blu-Ray collection with steelbook now or pick it up on January 26, 2021.