The announcement was made today (June 22, 2010) by Adam Goodman (President of Paramount Pictures Film Group) concerning the completion of principle casting for the up-and-coming Footloose  remake written and directed by Craig Brewer.  After a worldwide search, Paramount has picked Hollywood newbie Kenny Wormald to play the loveable dancing fool ‘Ren’ opposite leading lady Julianne Hough who will be playing snotty “I’m so misunderstood” small-town princess ‘Ariel’.  Hmm, I’m not quite certain the perky petite blonde can pull off the attitude, but we shall see.  You cannot rule anything out when it comes to acting until you have seen the end result.

Other cast mates include Miles Teller as ‘Willard’, and old enough to be my father but still ‘older man hot’ veteran actor Dennis Quaid has nabbed the spot of the good ‘Reverand Moore’.  Quaid’s most recently completed project is the highly praised HBO movie The Special Relationship.  Teller’s next appearance will be in the John Cameron Mitchell feature The Rabbit Hole opposite Nicole Kidman and Aaron Eckhart. 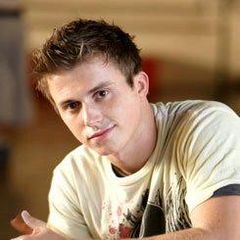 Craig Zadan, along with other former behind the scenes members of the original Footloose film, will join the team in a musical feature that is hoped to blend a new perspective with the same spirit of the Kevin Bacon classic.  It will feature the brilliant stylings of expert choreographer Jamal Sims (known for his work with Madonna on her Sticky & Sweet Tour).  Since Sims grew up watching ‘Ren’ bust a movie, and he is such a fan, he promises to maintain the flow of the prior version mixed with some of his own southern grit.  Be on the lookout for the one-of-many unnecessary (yet possibly entertaining) remakes to splash onto the big screen on April 1, 2011.