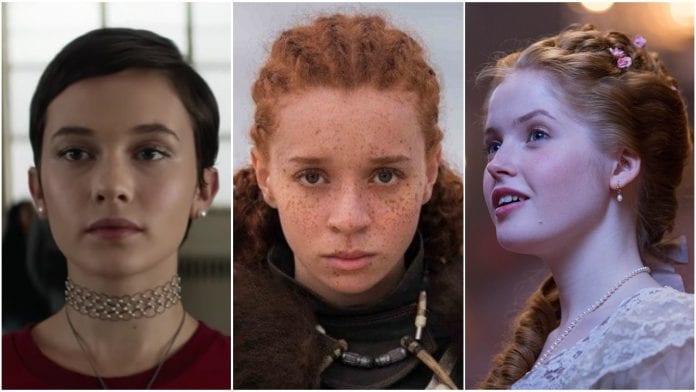 A few months ago, Disney announced that they would be producing a Willow series, based around the beloved 1988 fantasy film from Lucasfilm. The series is set to air on Disney’s streaming platform, Disney+, and will see the return of Warwick Davis reprising his role as the titular character, Willow. Set to join Davis on this new quest are a trio of talented actresses.

According to Deadline, Disney and Lucasfilm are in negotiations with Cailee Spaeny (Devs, Pacific Rim: Uprising, The Craft: Legacy), Erin Kellyman (Solo: A Star Wars Story), and Ellie Bamber (Nocturnal Animals, The Nutcracker and the Four Realms) to play the three female leads in the series.

While details are still scarce, at this time, Deadline discovered from circulated casting information that the series will revolve around a group on a mission to save a kidnapped prince. Additionally, the roles for Spaeny, Kellyman, and Bamber are projected to be as follows:

“The members of the team include Dove (Bamber), whose backstory resembles that of Willow from the movie. Dove is an unassuming kitchen maid who proves she is the “chosen one” as she embarks on the journey. She is joined by Kit (Spaeny), the princess whose twin brother was abducted. She is destined to be a leader and ultimately the queen. Kellyman plays Jade, a servant who is Kit’s best friend and moral compass. She is on her way to becoming the best young warrior in the kingdom.”

There is also set to be a thief that joins the quest, similar to that of Val Kilmer’s character in the original 1988 film.

John M. Chu is set to direct the pilot episode. Jonathan Kasdan wrote the series and will serve as co-showrunner with Wendy Mericle. Ron Howard, the original film’s director, and writer Bob Dolman, and Lucasfilm are also attached to the project.