Let’s get the boring stuff out of the way first: Hollywood Reporter reports (as reporters are wont to do) that Charlize Theron has been added to the cast of ‘Prometheus.’ While we don’t know the nature of the role she’ll be playing, we know she beat out Angelina Jolie in winning it. 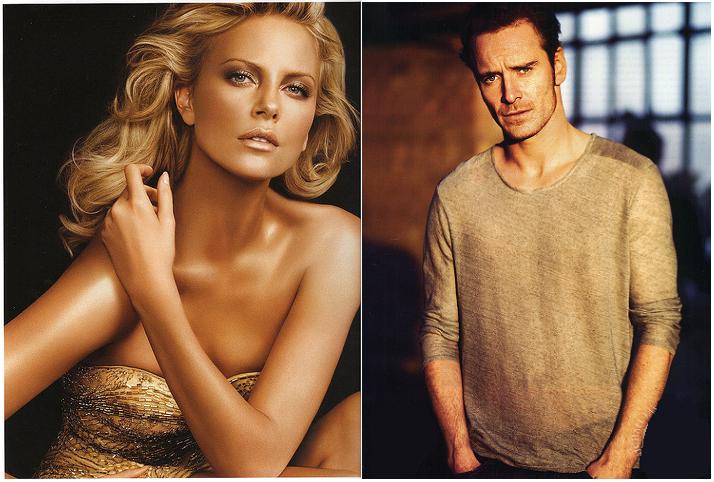 Now we can move on to the juicier news. Seems that the aforementioned Michael Fassbender has stolen fiery information from the heavens to give to us mortals regarding ‘Prometheus.’ After MTV asked Fassbender if ‘Prometheus’ was still connected in any way with the ‘Alien’ franchise, Fassbender responded:

“Oh, absolutely. There’s a definite connecting vein. You realize you’re part of something else, but it’s definitely in keeping with the old ones.” … “When I read it, I was like, ‘Well, okay, another Alien. Where do you go with this idea?’ And then I sort of read the script, and it’s new, yet it’s in keeping with the old traditions as well. But there’s a whole new revelation within this film.” …. “The first ‘Alien’ [movies], they were thrillers. Something’s going on. It’s creeping, it’s sinister. Things are happening, it’s building, [and there are] different sorts of intrigues and politics going on between the different relationships on board. There’s action in it,” he said, “but the intelligence is what struck me when I read it. It’s more sort of like the original ones. There are things happening and building, and the intelligence of the first two-thirds of the film gets you ready for the action.”

Seems my previous woebegone rampage regarding the film’s departure from the ‘Alien’ franchise was premature. Huzzah!