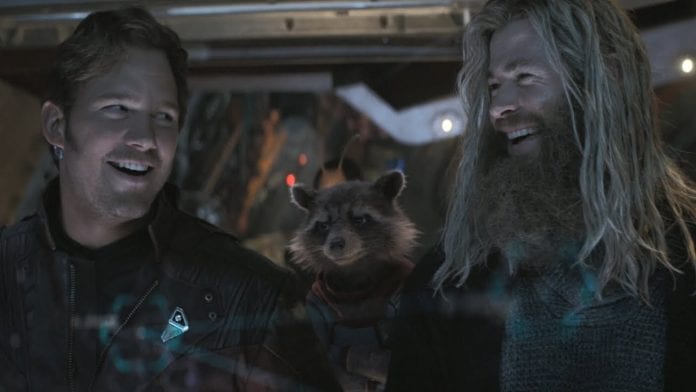 Another Chris is joining Taika Waititi’s upcoming Thor: Love and Thunder, as the Guardians of the Galaxy character is set to appear.

Today brings word from the Marvel Universe. As Thor: Love and Thunder prepares to begin shooting in just a couple months, THR reports that Chris Pratt has joined the cast and will appear in the film. He’ll be reprising his MCU role of Peter Quill/Star-Lord.

This shouldn’t come as a surprise considering the last time we saw Thor was of him heading back out into space as a passenger on Quill’s ship with the rest of the Guardians of the Galaxy. Hell, even Vin Diesel seemingly leaked the information near the beginning of the year. There’s nNo telling how big the role will be in the film, it’s exciting nonetheless to see what came of that final sequence in Endgame.

Considering the cast is already stacked, including the return of Natalie Portman to become the new “Thor,” I can’t imagine Chris Pratt’s role will be that big. Maybe just so far as to see him drop Thor off somewhere. But who knows! It could be a larger role, like Hulk in Ragnarok, that plays throughout the film.

Thor: Love and Thunder is currently set to release on February 11, 2022.