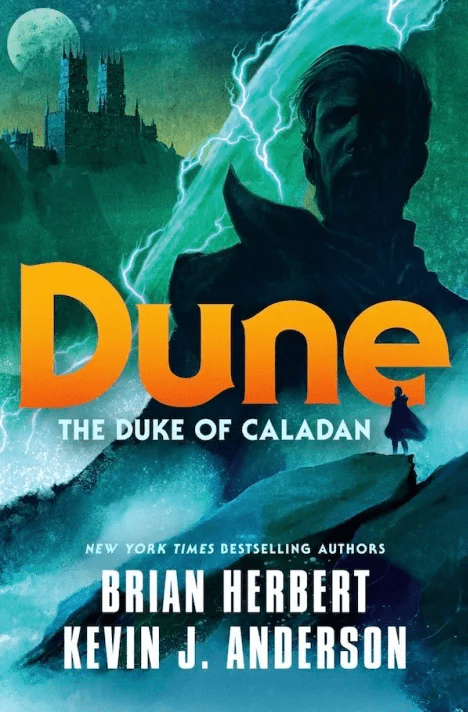 Bestselling science fiction authors Brian Herbert and Kevin J. Anderson discussed the exciting new Dune graphic novels, comics, and original novels coming out this fall. Joined by their editors, Herbert and Anderson discussed content from all three projects which will lead up to this December’s feature film by Denis Villeneuve.

Kicking off the trilogy of novels will be Dune: The Duke of Caladan, which takes place one year before the events of Dune and explores the lives of Paul Atreides, his mother Lady Jessica, and father, Duke Atreides. The idea is that by the end of the third book, House Atreides begins its journey to Arrakis, kicking off the events in Dune.

When asked why they chose to focus on this part of the timeline, Brian Herbert had this to say…

“Paul Atreides and his relationships with his father and mother are very complex and we knew there were more stories to tell along that line. This novel beings when Paul is 14, he’s 15 when Dune opens up, so these are pivotal events right now that lead right into Dune, and really lead right into the movie.” Son of original Dune author Frank Herbert, Brian also announced that along with the novels, there will also be a 3-part graphic novel based on the original book, and a comic book series. Dune: House Atreides, a 12-issue comic book prequel series, will arrive October 21st, one week after Dune: The Duke of Caladan. Set decades before the events of Dune, the series will center around ecologist Pardot Kynes (the father of Liet Kynes, played by Sharon Duncan-Brewster in the upcoming film).

Commenting on the sudden wave of titles to coincide with the film, Brian said…

“Dune, like our universe, is expanding, but we’re very conscious that we don’t want to expand it too far. We don’t want to come up with material that the hard-core Dune fans will not appreciate, because Dune above all is a very high-quality work, and we struggle to maintain that quality.”

Check out the full panel below!