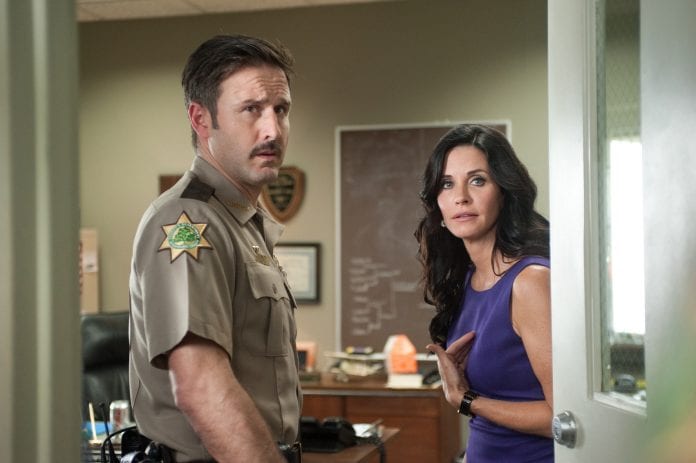 One of the original survivors of the Scream franchise has officially joined the cast of the newest Scream movie with David Arquette once again becoming Dewey Riley.

Well this is a pleasant surprise. The upcoming Scream film from the Ready or Not filmmakers is still ramping up to (hopefully) shoot later this year, which means some casting is going down. Today brings confirmation that David Arquette will once again play the role of Dewey Riley (not sure if he’s still in law enforcement or retired by now) in the fifth film and had this to say:

“I am thrilled to be playing Dewey again and to reunite with my Scream family, old and new. Scream has been such a big part of my life, and for both the fans and myself, I look forward to honoring Wes Craven’s legacy.”

While there are still no details on the plot, it’s exciting to see people from the old cast having parts to play. This news comes just a couple weeks after word that Neve Campbell was having discussions with the filmmakers to potentially return as Sidney Prescott too.

Filming is still slated to happen this year in North Carolina whenever the proper safety protocols are in place and guidelines are ready to go. No release date is set just yet, which makes sense, but if filming manages to happen as planned, I suspect we could see this at some point next Fall!

What do you think about David Arquette returning for more Scream? Who else do you hope to see in the upcoming film?