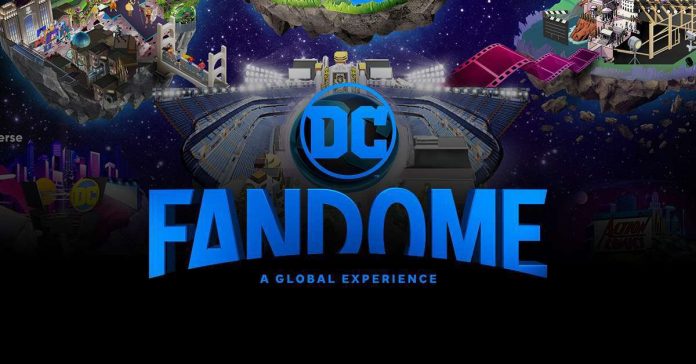 Ahead of this weekend’s virtual event, DC has released a full trailer for DC FanDome which teases The Batman, Black Adam, Wonder Woman 1984 and much, much more!

Not only did they drop this awesome trailer but they also announced that event will be held over the course of two days. Realizing that DC FanDome was just too jam-packed for one day, they’ve broken it up into two-parts with the “Hall of Heroes” this weekend, followed three weeks later by “Explore the Multiverse” Check out the official announcement below.

DC FanDome—the first-of-its-kind virtual experience for DC superfans globally—became too massive to contain in the four dimensions of only a single day on Earth-Prime! And we realized that not even The Flash could get through the entire 100+ hours of programming in 24 hours. With hours upon hours of content and choices of what to watch and explore, DC fans (including DC’s Jim Lee himself!) clamored for a way to access more of what DC FanDome has to offer. So, in order to super-serve the world’s finest fans, DC FanDome has been transformed into a two-part event: the eight-hour DC FanDome: Hall of Heroes show on Saturday, August 22, followed three weeks later by DC FanDome: Explore the Multiverse, a 24-hour, on-demand experience accessed via the DC FanDome program scheduler on Saturday, September 12.

With folks like Zack Snyder (see below) and James Gunn teasing what we can expect to see this Saturday and ads running on TV, it truly does feel like the eyes of the world will be on DC. Aside from casting news, game reveals, and comic book announcements, there’s no question the big ticket items will teasers from The Batman, Zack Snyder’s Justice League, and Suicide Squad.

For more information and to see the complete schedule, head on over to DC Comics for the latest. In the meantime, check out the trailer below!

A first for DC, the event will be available all around the world starting Saturday morning at 10 am PST, for 24 hours with over 100 hours of content! Because it’s being billed as an international event, it will be available in 10 different languages including English, French, Korean, Spanish, Japanese, Italian, German, Brazil, Portuguese, and Chinese.

Be sure to head on over to Twitter and follow @Cinelinx for all the latest in real time!

Jordan Maison - 09/25/2020
0
Recapturing your gaming past doesn't always work out as shown in this week's new Focal Point comic strip! I know there are plenty of...