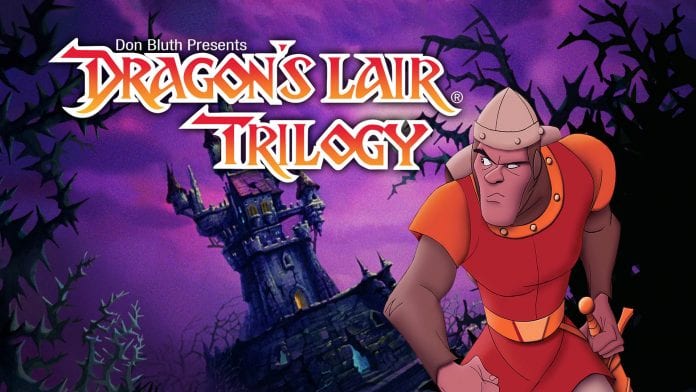 It has been a long year of negotiating by Netflix, but it looks like they are set to bring Dragon’s Lair to its service. With none other than Ryan Reynolds

According to The Hollywood Reporter The Lego Movie scribes Dan and Kevin Hageman have come together to put the script together for Netflix with Ryan Reynolds’ set to star and produce with his Maximum Effort Films. Roy Lee will join Reynolds as a producer via his Vertigo Entertainment along with Underground Films’ Trevor Engelson. Don Bluth, Gary Goldman and Jon Pomeroy are also producing.

Dragon’s Lair was one of, if not the most popular game in America in the 80s. The game looked to change the industry with its movie-style animation. The plot centered around a knight named Dirk the Daring who must rescue Princess Daphne from the clutches of the evil dragon known as Singe and the wizard Mordroc.

This will be Netflix’s third film with Reynolds, with the actor coming off of the action movie 6 Underground last December. Reynolds is currently shooting Netflix’s action movie Red Notice with Gal Gadot and Dwayne Johnson.