Set in Colombia, the musical comedy contains songs in both Spanish and English and which WDAS creative head Jennifer Lee says “is not afraid to dive into the chaos of family.”

The film will be directed by Byron Howard and Jared Bush, Charise Castro Smith as co-director and writer. The film is set for release in November 2021.

This Fall, Walt Disney Animation Studios’ all-new film Encanto takes you to Colombia, where a magical family live in a magical home. Directed by Byron Howard and Jared Bush, co-directed and co-written by Charise Castro Smith, and music written by Lin-Manuel Miranda. pic.twitter.com/sXf0tWxkI3 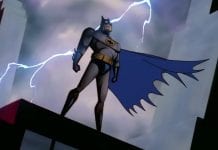