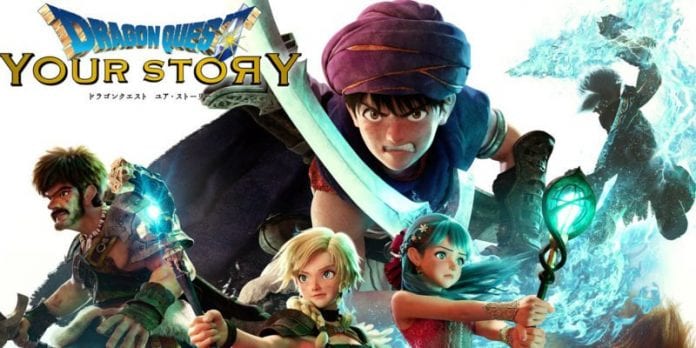 The first ever animated film based on the Dragon Quest video game franchise will be coming to Netflix in February 2020. More details below!

Dragon Quest: Your Story is loosely based on Dragon Quest V, with a number of characters taken directly from the plot of the game. While the film released to apparently mixed reviews in Japan, it’s not clear what reception the film will receive here in the United States.

According to Netflix, the film’s summary is as follows:

Luca follows in his father’s footsteps to rescue his mother from evil Ladja. Finding the heavenly hero who wields the Zenithian sword is his only hope.

The Dragon Quest movie will be available on Netflix starting February 13, 2020.