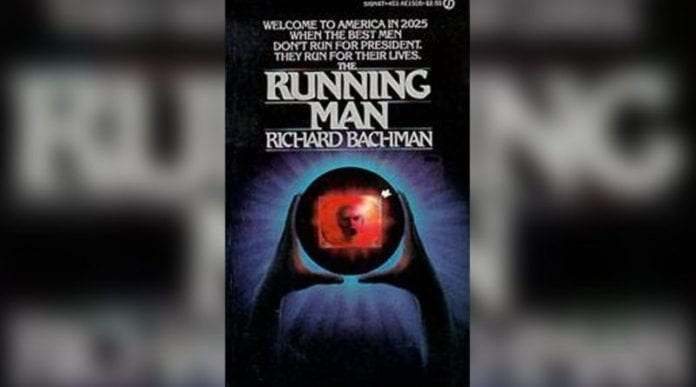 Another adaptation of Stephen King’s The Running Man is in the works, and Paramount has tapped Edgar Wright to direct it!

This is exciting for a couple reasons. One, it’s always great to hear more about what Edgar Wright is working on (he’s one of my favorite working directors today). Secondly, it’s nice to see even more Stephen King story love coming to the big screen.

Deadline broke the news that Paramount has hired Edgar Wright (Baby Driver, Scott Pilgrim, Shaun of the Dead) to direct the “priority” pic, with Michael Bacall on to co-write. Despite sharing the name, and source material, the film will not be a remake of the previous film which starred Arnold Schwarzenegger.

Instead, the movie will be a more faithful adaptation of the book King penned in the 80s under the “Richard Bachman” pseudonym. It’s a futuristic Sci-Fi tale that seems oddly poignant this day and age:

It is 2025 and reality TV has progressed to the point where people are willing to wager their lives in exchange for a chance at enormous wealth. Ben Richards is desperate – he needs money to treat his daughter’s illness. His last chance is entering a game show called The Running Man where the objective is to elude police and specially trained trackers for a month. The reward is a cool billion dollars. The catch is that everyone else on the planet is watching and willing to turn him in for a reward.

No word on release date just yet, but it sounds like this will be Wright’s next project after Last Night in Soho (finally) debuts.