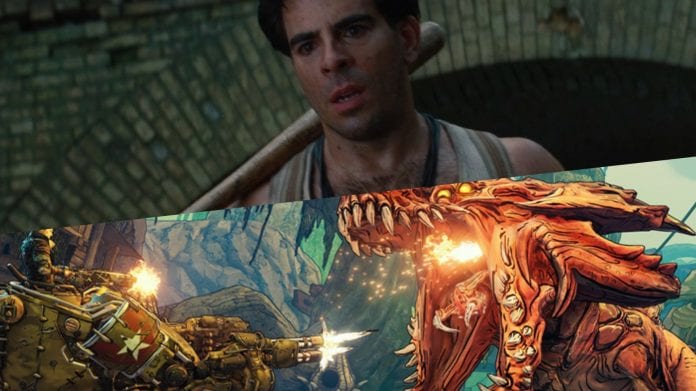 A Borderlands movie has been in talks since it was announced in 2015, but honestly, I kinda gave up hope with the history of failed video game movies. To my surprise, Randy Pitchford (Co-Founder of Gearbox Software) announced that the movie is coming to the big screen and the studio will feature more information at the Main Theater Show during #PAXEast on February 27th.

I’m very excited to welcome Eli Roth as Director of the Borderlands movie in development with Lionsgate and Arad Productions. Please welcome @EliRoth to the team and be sure to catch the @GearboxOfficial Main Theater Show at #PAXEast on 2/27 to learn more. #borderlandsmovie pic.twitter.com/Uaxs7jm10i

Now, with that said I think this movie could be pretty good if done right. Eli Roth is better known for directing movies like Hostel 1 and 2, The Green Inferno, and Cabin Fever. Does that mean this will be a funny/gore-filled comedic film? We will hopefully find out the direction of the film this coming Thursday during Pax East.

What do you think about a Borderlands movie? Will it be good? Will the previous drama from the studio soil the movie’s production? Comment below and let us know what you think.