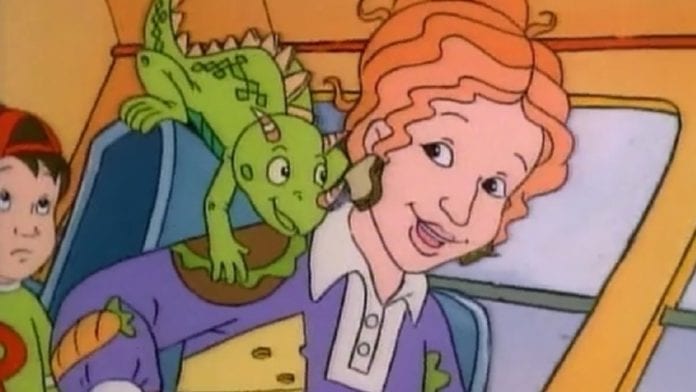 Iconic children’s show, The Magic School Bus, is getting a live-action film adaptation and Elizabeth Banks has signed on to portray the eccentric teacher!

Looks like Elizabeth Banks will be “cruisin’ down on Main Street” as she’s set to play Ms. Frizzle in the upcoming live-action Magic School Bus film. To be honest, I’m kind of surprised to see it’s taken this long for the show (which taught kids about science and nature since the early 90s on PBS) to get the film treatment.

The Hollywood Reporter broke the news earlier today, reporting that not only will Banks star as ‘the Friz,’ but will also bring her production company, Brownstone Productions, to help make it happen along with Scholastic Entertainment, who had this to say:

“We are delighted to bring to life the iconic Ms. Frizzle and her zest for knowledge and adventure in a fresh new way that inspires the next generation of kids to explore science and supports the dedicated teachers who help make science real and accessible for young learners every day.”

While there’s no director or writer attached, I’m already feeling some eagerness to see this one. I loved the original Magic School Bus and have had great fun with the kids watching the newest incarnation on Netflix. Done right, this could be a real treat for families.

What do you think about bringing this to the big screen?