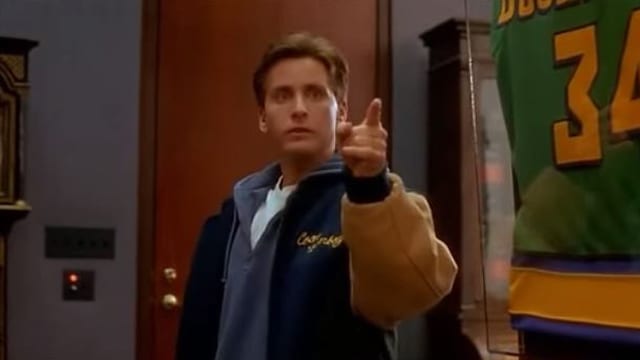 As we all patently wait for more Disney+ series’ to drop after the excitement that was The Mandalorian, we continue to get more information about upcoming shows. This week brings us more about the returning Mighty Ducks.

A series based on the hit trilogy about a rag tag group of hockey players is set to start filming this March in Vancouver, Canada, and is expected to wrap in June. We know that the original trilogy screenwriter Steven Brill and original producer Jordan Kerner are on board, and now we have learned that Coach Bombay himself, Emilio Estevez, is set to reprise his iconic role. Cuban Fury director James Griffiths is set to direct all the episodes that will focus on a 13-year-old boy who gets kicked off the junior division Mighty Ducks team. He and his mom decide to start their own team, finding players, a coach, and a place to play.