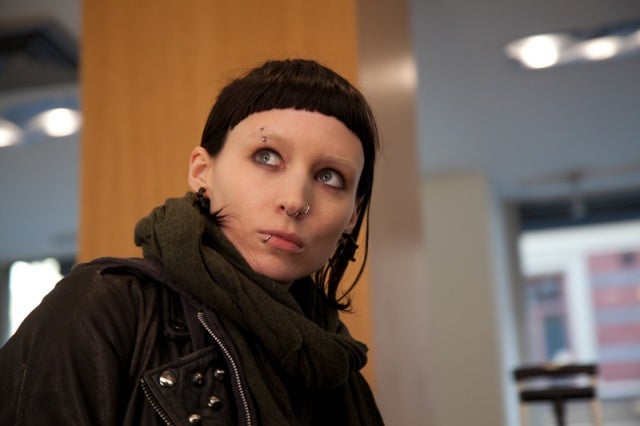 *First off, let’s talk sequel potential for The Girl with the Dragon Tattoo. During an interview with MTV, Fincher had the following to say about the franchise potential of the series:

So yeah, not exactly an exact confirmation that he would like to do it, but he at least brings up the possibility.

“That’s something I would love to do with Angie [Jolie]. It’s something that was brought to me that you have to take seriously. [Producer] Scott [Rudin] has this wonderful book, and hopefully [screenwriter] Eric [Roth] can find a way in. I’m not interested in a giant sword-and-sandal epic. We’ve seen scope; everyone knows we can fake that. That stuff doesn’t impress in the way that it did even 10 years ago. We expect that from Starz [now]. So that’s not the reason to do that. What is it about this character that has purchased this place in our history and imagination that is relatable today?”

“I don’t know what came before me. We’re plugging away, trying to get a script that sort of satisfies all of the… you know, it’s a tricky thing because it’s a $200 million 3D thing done in water, and you don’t want to go off half-cocked. You can find yourself with a $75 million overage in a movie that completely takes place underwater, especially in 3D. 3D is a whole different thing for reflective sources.”

*Later, Fincher sat down with Superhero Hype to talk about The Goon, the comic book adaptation that he’s producing: 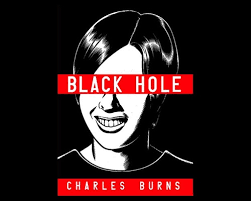 *During the same interview, Fincher also talked about his other comic book adaptation that he may be directing, Black Hole:

“It’s a really great script by Dante Harper, so the hope is that will win out… It’s so weird. It’s so great, because it would be great to see. It’s a very tough… there’s make-up FX and digital FX that are expensive and to do it right, you gotta do it just right, because it has to challenge your idea of the human body.”

*What does Fincher think about the IMAX format that so many directors are flocking to nowadays?  Well, according to MTV, his thoughts aren’t positive:

“No. They’re going to have the digital equivalent of IMAX very shortly. I don’t like the idea of changing fidelity in the middle of a movie just to say, “Here comes some big sh–!” Whatever Brad Bird or Chris do is fine by me. I normally think in terms of homogenization. I want to be able to count on a kind of resolution and depth of field. I never saw “The Dark Knight” in IMAX. I could definitely see a difference in fidelity of the IMAX sequences. But to each his own.”

*Finally, a little fun to end this one (and probably only) edition of Fincher Bits.  In 1999, Fincher was on the shortlist to direct the proposed Spider-Man comic book adaptation.  Well we all know the gig eventually went to Sam Raimi, Fincher did have an idea in place for what he would do.  And just like Cameron’s treatment, it’s…shall we say, DIFFERENT.

“My impression what Spider-Man could be is very different from what Sam [Raimi] did or what Sam wanted to do. I think the reason he directed that movie was because he wanted to do the Marvel comic superhero. I was never interested in the genesis story. I couldn’t get past a guy getting bit by a red and blue spider. It was just a problem… It was not something that I felt I could do straight-faced. I wanted to start with Gwen Stacy and the Green Goblin, and I wanted to kill Gwen Stacy.

The title sequence of the movie that I was going to do was going to be a ten minute — basically a music video, an opera, which was going to be the one shot that took you through the entire Peter Parker [backstory]. Bit by a radioactive spider, the death of Uncle Ben, the loss of Mary Jane, and [then the movie] was going to begin with Peter meeting Gwen Stacy. It was a very different thing, it wasn’t the teenager story. It was much more of the guy who’s settled into being a freak.”

So yeah, what a different film that would have made.  Well we’ll never know if it would have worked or not, I’m perfectly happy with the Sam Raimi adaptation we eventually got. [i09]

Anyways, that does it for this edition of Fincher Bits.  Never expect to see this again.  EVER.