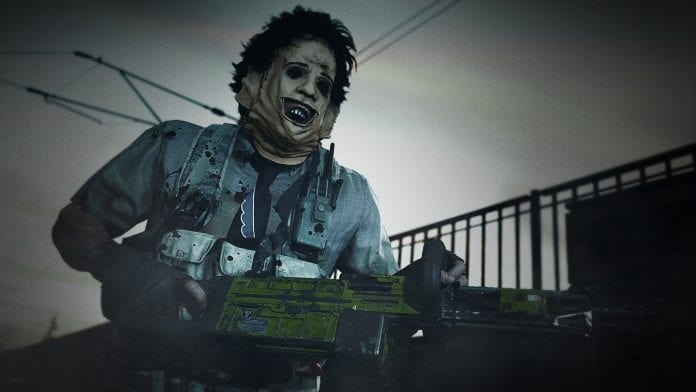 Leatherface returns in the first poster for the new Texas Chainsaw Massacre movie, offering horror fans something new to enjoy this month.

Sneakily revealed during the trailer for Call of Duty‘s “The Haunting of Verdansk” event, Legendary Pictures has dropped the teaser poster for Texas Chainsaw Massacre. The new film, which started filming last month (and subsequently swapped directors just a week into filming) doesn’t have a release date yet, but being October, it’s a nice treat for horror movie fans: The new film, a continuation of Tobe Hooper’s shocking 1974 seminal horror classic, marks the return of Leatherface, re-introducing one of the most iconic villains of the horror genre to a whole new generation. The film, which recently wrapped production, is directed by Emmy Award-winning filmmaker David Blue Garcia (Tejano) and written by Chris Devlin. Revered horror filmmaker Fede Alvarez (Evil Dead, Don’t Breathe) is producing with Bad Hombre’s Rodolfo Sayagues, alongside Kim Henkel (co-writer of the original 1974 film), Ian Henkel and Pat Cassidy, who are producing via their Exurbia Films.

What do you think of the first poster for the new film?