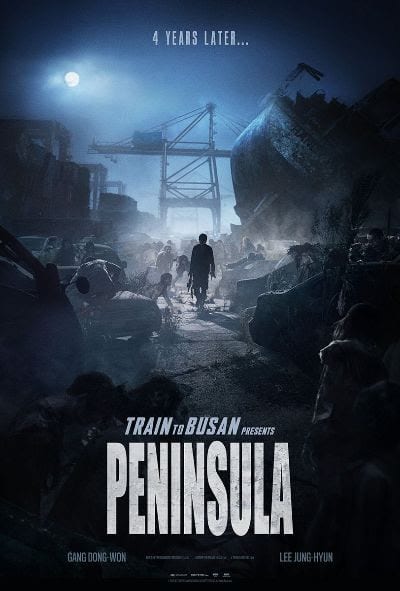 In 2016, South Korea released arguably one of the greatest zombie films of all time in Train to Busan. Now, four years later, director Yeon Sang-ho is finally ready to show us what happened to South Korea and its citizens. Spoiler alert: Nothing good.

This is the first teaser for Train to Busan Presents: Peninsula!

Four years after South Korea’s total decimation in TRAIN TO BUSAN, the zombie thriller that captivated audiences worldwide, acclaimed director Yeon Sang-ho brings us PENINSULA, the next nail-biting chapter in his post-apocalyptic world. Jung-seok, a soldier who previously escaped the diseased wasteland, relives the horror when assigned to a covert operation with two simple objectives: retrieve and survive. When his team unexpectedly stumbles upon survivors, their lives will depend on whether the best—or worst—of human nature prevails in the direst of circumstances.

Train to Busan Presents: Peninsula is set to release soon in theaters. Although, “soon” is relative. With the COVID-19 pandemic shutting down theaters worldwide, and subsequently delaying films, it could be a lot longer than “soon”, at least in the U.S..

When a firm release date is announced and an official trailer released, we’ll have them both here on Cinelinx.