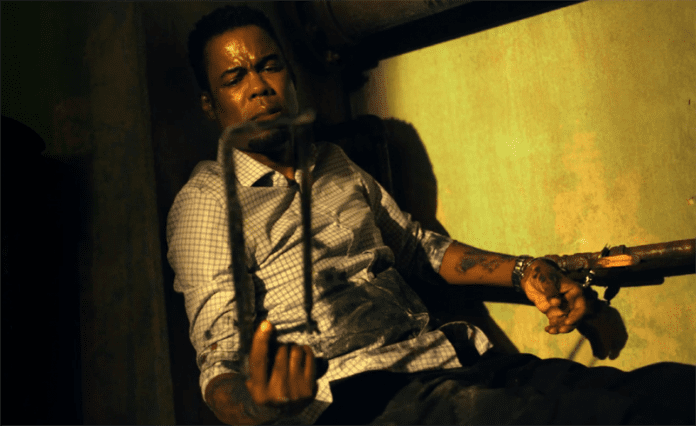 The first trailer for Chris Rock’s upcoming revival of the Saw franchise, Spiral, has arrived with an all new title and plenty of mystery.

This morning brings horror fans their first look at the next iteration of the Saw franchise, that looks to change things up quite a bit, while keeping some of the familiar intact:

Weird name aside, this is actually a pretty solid trailer and Spiral looks interesting. I’m interested that so much of it veers away from the crazy murder machines (though we get a glimpse) the Saw franchise is known for, and instead focuses on the mystery aspect. A sadistic mastermind unleashes a twisted form of justice in SPIRAL, the terrifying new chapter from the book of SAW. Working in the shadow of an esteemed police veteran (Samuel L. Jackson), brash Detective Ezekiel “Zeke” Banks (Chris Rock) and his rookie partner (Max Minghella) take charge of a grisly investigation into murders that are eerily reminiscent of the city’s gruesome past. Unwittingly entrapped in a deepening mystery, Zeke finds himself at the center of the killer’s morbid game.