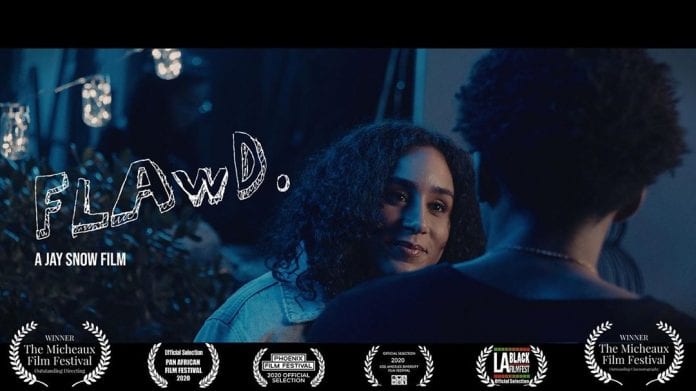 We had the chance to chat with director J. Snow about his new film, Flawd, premiering during the American Black Film Festival!

FLAWD is the story where after meeting on social media LA comedian Jay Snow is in the blissful, budding stage of dating professional caretaker Cali Rose but hides from her his chronic illness. While on a date, his condition is severely triggered forcing Snow to confront his fears and come clean to Cali or risk losing their newfound romance. The film is showing in the EMERGING DIRECTORS category of the American Black Film Festival (ABFF) and Cinelinx’s resident super villain Jay Washington got the opportunity to speak with writer, director, actor and comedian J. Snow.

The pair talk about the experiences which created the film as well as the disease, Sickle Cell Anemia in itself which affects over 100,000 African Americans and Latinos nationwide. Sit back and check out the interview and be sure to virtually check out the film during the ABFF.