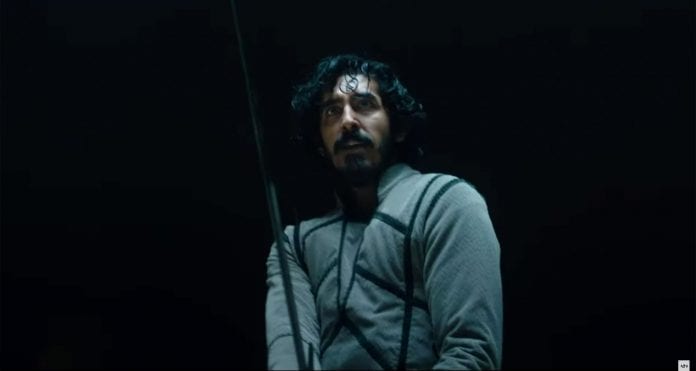 The first trailer for David Lowery’s take on the Arthurian legend, The Green Knight, has arrived; showing a trippy, brutal, but engaging fantasy tale.

This morning, A24 has revealed our first look at The Green Knight, which showcases Dev Patel as the legendary Sir Gawain while he embarks on his quest:

There’s a LOT going on in this trailer, and I can’t begin to tell you what it all means, but I do know I can’t freaking wait to see more of this film. While this is only a teaser trailer, it’s highly engaging with some vivid imagery. This certainly isn’t our parents’ King Arthur story, and that’s not to mention the incredible cast they’ve assembled: Alicia Vikander, Joel Edgerton, Sarita Choudhury, Sean Harris, Kate Dickie, Barry Keoghan and Ralph Ineson. An epic fantasy adventure based on the timeless Arthurian legend, THE GREEN KNIGHT tells the story of Sir Gawain (Dev Patel), King Arthur’s reckless and headstrong nephew, who embarks on a daring quest to confront the eponymous Green Knight, a gigantic emerald-skinned stranger and tester of men. Gawain contends with ghosts, giants, thieves, and schemers in what becomes a deeper journey to define his character and prove his worth in the eyes of his family and kingdom by facing the ultimate challenger.  From visionary filmmaker David Lowery comes a fresh and bold spin on a classic tale from the knights of the round table.