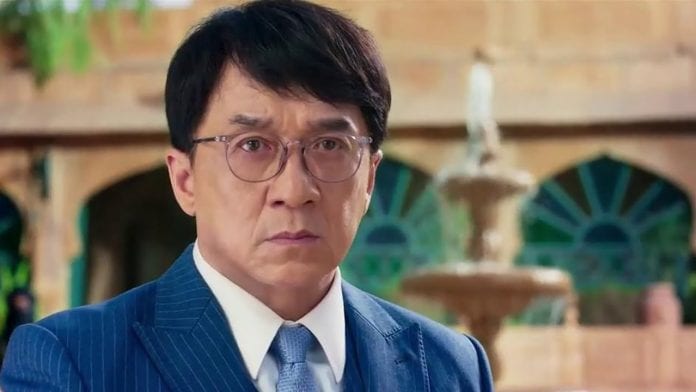 If you’re feeling the itch for an action-packed movie this Fall, Vanguard has you covered. Jackie Chan and director Stanley Tong have teamed up once again (for the ninth time). The duo have previously delivered on films like Rumble in the Bronx and a pair of Police Story sequels, so you know they tend to bring the goods when it comes to action.

Gravitas Ventures has picked up the North American rights to the film and have slated it to hit theaters on November 20th, taking No Time To Die‘s previous spot.

“My latest action movie VANGUARD is coming out on Nov. 20 in the cinema. We filmed in 9 cities across 5 countries, London, Dubai, Zambia, India, and China. We’ve experienced so much during this production. Each time I work with Jackie, we are always trying to impress our audience with the best picture and idea. Especially this time, we put a lot of innovation in it. I hope the North American audiences enjoy it.  And, I’m so happy to be partnering with Gravitas for the release.” Said Director Stanley Tong.

Vanguard is a globe-trotting story filmed in London, Dubai, Zambia and an ancient city in India and features high stakes action sequences that take place over air, land and sea. Vanguard also stars Yang Yang, , Ai Lun, Mu Qimiya, Xu Ruohan and Zhu Zhengting. Gravitas Ventures is planning a wide theatrical release of Vanguard in the U.S. and Canada including drive-ins and IMAX theaters on November 20, 2020.

Covert security company Vanguard is the last hope of survival for an accountant after he is targeted by the world’s deadliest mercenary organization.

I’m always down for more Jackie Chang films and eager to lay my eyes on this action, but hopefully we’ll have some VOD options to watch this as well before the year ends. But hey! This gives me the rare chance to ADD a film to our Movie Release Schedule.