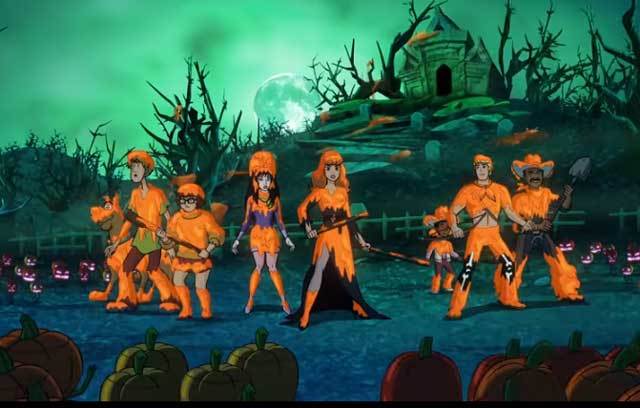 The next Scooby-Doo! film will feature a Halloween theme and will be available on Digital and DVD this fall.

Scooby-Doo and the Mystery Inc. gang are back in action in Happy Halloween, Scooby-Doo! a brand-new animated film that arrives on DVD October 6, 2020, from Warner Bros. Home Entertainment. Produced by Warner Bros. Animation, Happy Halloween, Scooby-Doo! features Bill Nye the Science Guy and Elvira, Mistress of the Dark, as they join everyone’s favorite teen sleuths in a thrilling, action-packed Halloween adventure the whole family can enjoy together.

Scooby-Doo and Shaggy’s favorite holiday is upon us! With fake monsters and candy galore, Halloween is heaven for these hungry foodies going door-to-door. But this year, their sweet holiday turns sour when the neighborhood pumpkin patch is infected by toxic ooze, creating high-flying jack-o-lanters, and a king-sized pumpkin leader squashing everything in its path. It’s up to Scooby-Doo and the gang as they team up with their pals, Bill Nye the Science Guy and Elvira, Mistress of the Dark, to solve this mystery of gigantic proportions and save Crystal Cove!