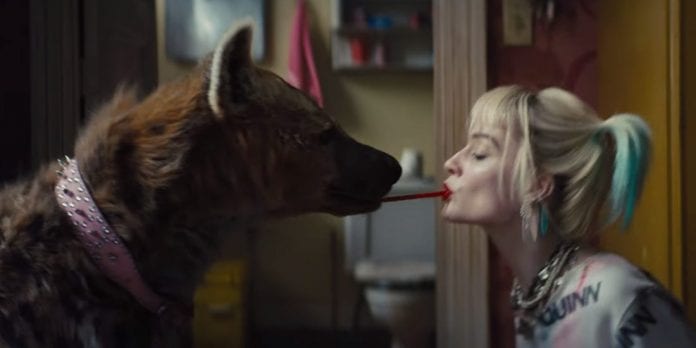 The final trailer for Birds of Prey (and the Fantabulous Emancipation of One Harley Quinn) shows a Harley Quinn that refuses to be tied down any longer, and it looks amazing!

I’ve been fascinated by Harley Quinn since the character debuted in Batman: The Animated Series way back in the 1990s, and I couldn’t be happier that Margot Robbie is reprising her role as the not-quite-there Quinn, who at one time was well-known as the psychotic girlfriend of the Joker. Well that version of Harley Quinn appears to be long gone, because the final trailer for Birds of Prey includes one heck of a bang where Quinn breaks everything off with “Mister J.”

And it only gets crazier from there.

This looks fantastic from beginning to end. An all-women team consisting of Harley Quinn, the Huntress, Black Canary, Renee Montoya, and Cassandra Cain? All of whom have to work together to not be killed by Black Mask (Ewan McGregor)? Yes please! This trailer has all the over-the-top insanity you’d expect to find in a film featuring Harley Quinn, and Birds of Prey is now rocketing up my “must-see list” for 2020. On a random note, I’m also really happy to see Harley’s pet hyenas are being included, they were one of my favorite things in Batman: The Animated Series.

Since the events of Suicide Squad, Harley Quinn has left the Joker. When Roman Sionis, a narcissistic crime lord known as Black Mask, places a hit on a young girl named Cassandra Cain, Gotham City turns upside down looking for her. Harley joins forces with Black Canary, Helena Bertinelli, and Renee Montoya to protect the girl and to take Sionis down.

Birds of Prey (and the Fantabulous Emancipation of One Harley Quinn) is scheduled to arrive in theaters on February 7, 2020.