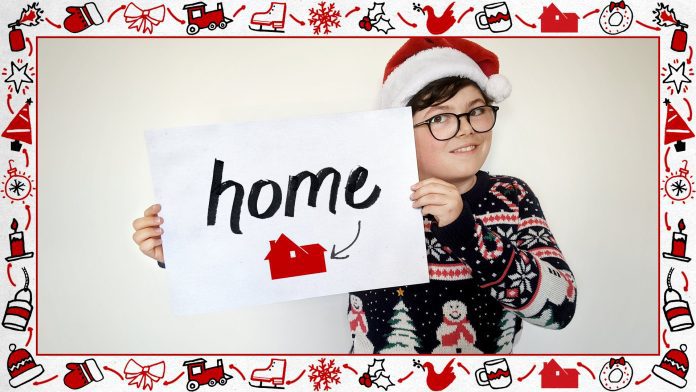 The new Home Alone film has been announced, giving us our first details on the story, release date, and cast.

Though we knew Disney was working on a return to the Home Alone franchise, but today brings details (and a release date) on what they’ve been working on! On November 12th, Disney Plus will release Home Sweet Home Alone:

Max Mercer is a mischievous and resourceful young boy who has been left behind while his family is in Japan for the holidays. So when a married couple attempting to retrieve a priceless heirloom set their sights on the Mercer family’s home, it is up to Max to protect it from the trespassers…and he will do whatever it takes to keep them out. Hilarious hijinks of epic proportions ensue, but despite the absolute chaos, Max comes to realize that there really is no place like home sweet home. The film stars Ellie Kemper (“Unbreakable Kimmy Schmidt”), Rob Delaney (“Deadpool 2”), Archie Yates (“Jojo Rabbit”), Aisling Bea (“Living with Yourself”), Kenan Thompson (“Saturday Night Live”), Tim Simons (“Veep”), Pete Holmes (“The Secret Life of Pets 2”), Devin Ratray (“Home Alone”), Ally Maki (“Toy Story 4”), Chris Parnell (“Anchorman 2: The Legend Continues”) and is directed by Dan Mazer (“Dirty Grandpa”).

Will you be watching this on Disney Plus in November?