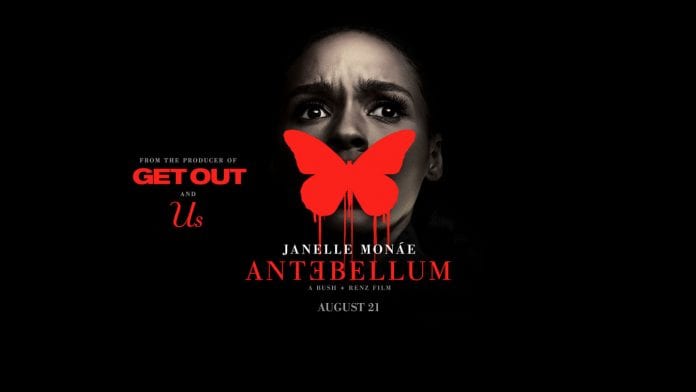 Following on from Disney’s announcement on Tuesday about Mulan skipping theaters and coming to Premium VOD services, Lionsgate has made the same plunge with Antebellum. The horror film had been pulled from the release schedule altogether back in March, then given a new August release date before that too was pulled.

Now, moviegoers will have the chance to watch the film from the comfort of home on September 18, 2020:

With audience demand for content at an all-time high, Lionsgate’s versatile slate positions the studio to take advantage of different distribution strategies. Antebellum’s timely themes presented the studio with the opportunity to create a release plan that reaches as wide an audience as possible, as soon as possible.

“While the theatrical experience will always be the heart of our business, we are thrilled that we are able to seize the opportunity to match Gerard and Chris’s urgent and immediate film with a release strategy befitting this moment of extraordinary change,” said Drake. “Gerard and Chris are storytellers whose work beats with authenticity – not only will this film entertain and thrill audiences worldwide, but spark a discussion about our current world.”

Gerard Bush and Christopher Renz added, “While we designed Antebellum to be consumed as a communal experience in the theater, we are thrilled by the unique opportunity we have to pivot to a different kind of communal moment in our culture. As we face the realities of systemic racism in our country, which have crescendoed to this current inflection point in 2020, we understand how imperative it is to bring Antebellum to the broadest audience possible, while also prioritizing health and safety. It is our ardent hope that by sharing our film widely, both nationally and internationally, we will transform the moviegoing experience from home into a true event.”

In Antebellum, successful author Veronica Henley (Janelle Monáe) finds herself trapped in a horrifying reality that forces her to confront the past, present and future – before it’s too late. Advocacy filmmakers Gerard Bush + Christopher Renz (Bush | Renz) – best known for their pioneering advertising work engaged in the fight for social justice – write, produce and direct their first feature film, teaming with QC Entertainment, producer of the acclaimed films Get Out and BlacKkKlansman, Zev Foreman, Lezlie Wills, and Lionsgate for the mindbending new thriller Antebellum.

This is the latest big studio film to find itself going the digital distribution route. While some are lamenting it, there’s really not much else studios can do at this point. The pandemic continues…

Will you be watching Antebellum on September 18th?

First Trailer for The Craft: Legacy – There’s a New Coven in Town