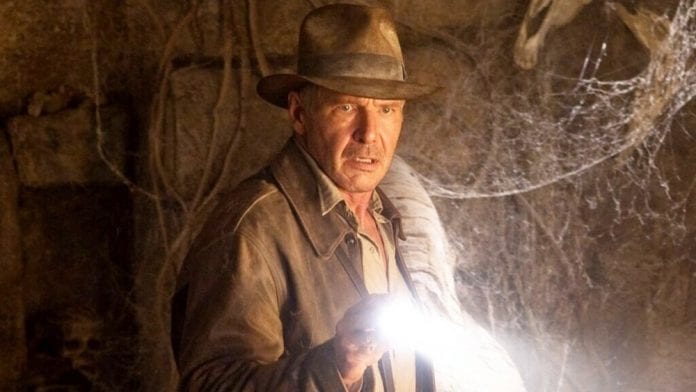 It’s been a while since we’ve had any real updates on the long gestating Indiana Jones sequel, but it looks like filming is set to begin in a couple months!

While promoting his newest film, Call of the Wild, Harrison Ford spoke with CBS News in which he offered up the only real update we’ve had on the state of Indiana Jones 5 in a while. During the interview, Ford said he would start shooting the film in roughly two months!

And…that’s about all we have. We still don’t know anything about the upcoming story (like which artifact he’ll be tracking down) or any of the other cast members, but if production is slated to begin in the next couple months, I imagine we’ll have to hear something in the very near future.

We do know that Harrison Ford is taking on the whip and fedora once again, that Spielberg will return to direct, and that John Williams is planning on handling the soundtrack. Who knows who else will be back (though I HIGHLY doubt we’ll see Shia Labeouf back as Mutt), but I’m still excited to see how this one comes together.