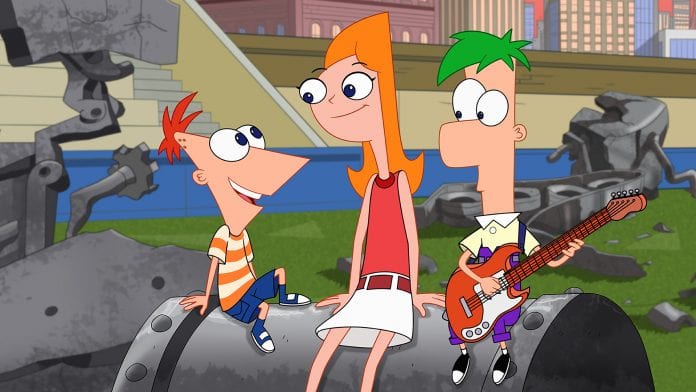 The full trailer for Phineas and Ferb The Movie: Candace Against the Universe has arrived, giving us a glimpse at the out of this world adventure on Disney Plus.

While SDCC at Home gave Phineas and Ferb fans a quick look at the upcoming film’s introductory song, today brings us a full trailer that reveals more details on the story and adventure to expect:

“Phineas and Ferb The Movie: Candace Against the Universe” is an adventure story that tracks stepbrothers Phineas and Ferb as they set out across the galaxy to rescue their older sister Candace, who after being abducted by aliens, finds utopia in a far-off planet, free of pesky little brothers.

Phineas and Ferb The Movie: Candace Against the Universe hits Disney Plus on August 28th. Will you be watching?

RWBY Vol. 7 – Available on Digital and Blu-Ray Next Month

BLACK ADAM Has Its Hawkman In Aldis Hodge