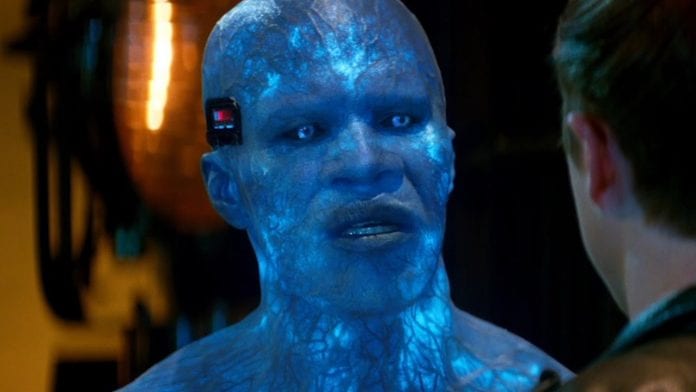 In some shocking (heh) news, word has come out that Jamie Foxx’s version of Electro from Amazing Spider-Man will face off against Tom Holland.

In some, very, unexpected news today, it looks like Jamie Foxx will be returning to his villainous Spider-Man role as Electro. Though he appeared in the Andrew Garfield starring Amazing Spider-Man sequel, this time around he’s facing off against Tom Holland’s version of the superhero.

The news comes from THR who reports the actor is in final talks for the role. The next Spider-Man movie is still untitled, and we have no idea how this character will return, but it’s yet another hint at some live-action Spider-Verse shenanigans going on. After all, Far From Home already saw the return of J.K. Simmons’ J. Jonah Jameson from the Tobey Maguire films. With The Vulture popping up in Morbius, which is supposedly part of it’s own thing, it’s clear Sony has been planting the seeds for multiverse craziness. It would also fit in neatly with the MCU’s plans for the multiverse, which we’ll get to experience later this year in WandaVision.

The next Spider-Man film is currently slated to arrive on November 5, 2021.