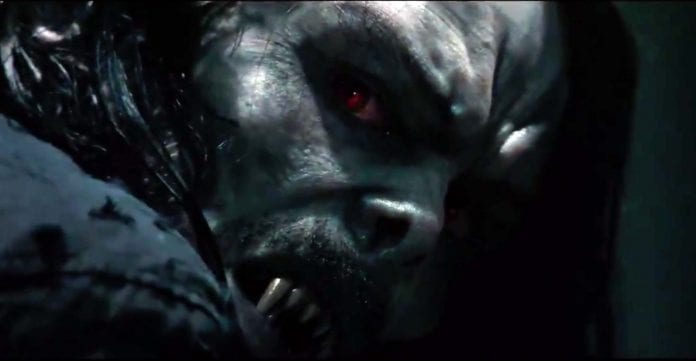 The first trailer for Sony’s Morbius movie has arrived, giving fans a glimpse at the character’s origin story and more Spider-Man connections.

I’m a big Spider-Man fan. Despite some reservations of Sony continually expanding their film slate around his stable of characters, while still keeping him off to the sides, I’m pretty excited to see how they bring these stories to life. That said, I’ve never been big on the Morbius character and wasn’t sure how that would translate to a standalone film (at least Venom makes a bit more sense even without the Spider-Man connection).

As such, I’ve been waiting to see some of the marketing for the film to see where it’d go, and this morning’s first trailer has finally arrived:

I’m digging the overall tone of this trailer far more than I expected to. Even though it’s mostly just a set up for his origins, it offers a nice glimpse of what to expect. What’s REALLY surprising are the amount of Spider-Man references going on. Venom really shied away from those, but with the inclusion of Michael Keaton’s Vulture, Morbius is definitely looking to be more inclusive of the web-head.

It’s crazy how close to the comic they’ve made Jared Leto look like Morbius. Even in the “leaked” image that came out over the weekend, it’s impressive to see them stick to the design so well and not shying away from it. Now, let’s just hope it manages to be as fun as Venom (though hopefully a bit better of a story) and delivers on another great spin-off this Summer.

One of Marvel’s most compelling and conflicted characters comes to the big screen as Oscar winner Jared Leto transforms into the enigmatic antihero, Michael Morbius. Dangerously ill with a rare blood disorder, and determined to save others suffering his same fate, Dr. Morbius attempts a desperate gamble. What at first appears to be a radical success soon reveals itself to be a remedy potentially worse than the disease.

Morbius is slated to hit theaters on July 31, 2020 (just a few months ahead of Venom‘s return to the big screen).